The filmmaker adds that Akshaye is a ‘no-nonsense’ guy, which is why shooting for the film was seamless. 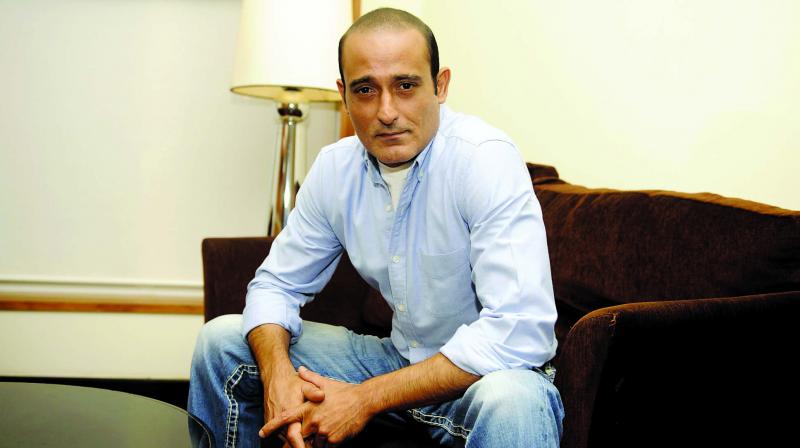 Director Karan Vishwanath Kashyap has now made his debut with Sab Kushal Mangal, starring Akshaye Khanna and Priyaank Sharma. He has previously assisted in films like Dil Chahta Hai and Lagaan, and has been creating a list of actors he wants to work with the entire time.

“As soon as I readied the script, I went through many actors on my wish list. Truly speaking, it’s not always like all our wishes are fulfilled instantly. Never has it been possible that we wish to get one actor and we rope them in easily,” the director explains, adding that Akshaye was relatively easy to convince to do the film.

“After the first narration, it was almost a yes from Akshaye. The first and foremost thing he liked is the script. It is a situational comedy. The story will make one laugh or smile at least,” he shares.

When asked about working with the Taal actor, Kashyap reveals: “Akshaye wanted some changes in the climax scene, and I was amazed with the suggestions that he put forth. It was very sensible. The thought was not very far away from what the written climax was, but we all agreed to his suggestions.”

The filmmaker adds that Akshaye is a ‘no-nonsense’ guy, which is why shooting for the film was seamless. “We had a great time shooting. There were no hiccups while shooting with this brilliant actor, simply because I too am a ‘no-nonsense’ guy. I feel that whenever I try to make something honestly. Having worked as an associate director in many films, I feel it’s teamwork. Whenever you have a positive notion and when you are honest, everything falls in place. My honesty has helped me,” he says.

As for the newcomer actors working on the project, the director says he tried to be as helpful as possible towards them. “I have taught these newcomers to surrender themselves totally to the director, and I have given them this piece of mind. Hope they totally surrender to the captain of the ship, it’s then they can do well in their career as well,” Kashyap concludes.