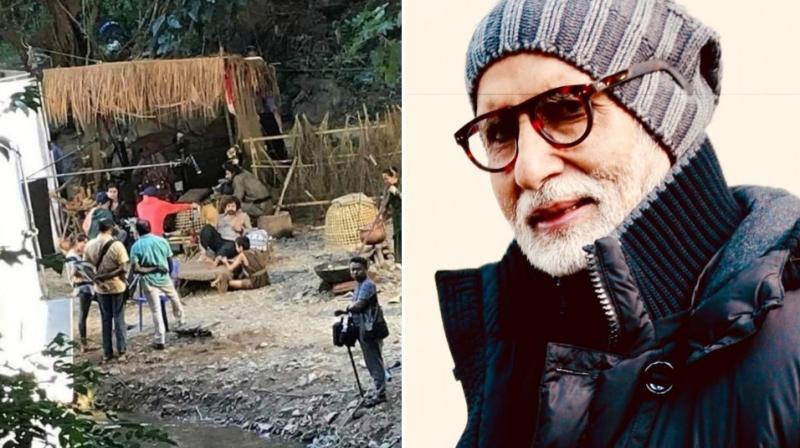 Mumbai: Aamir Khan has been doing his best to keep his ‘Thugs Of Hindostan’ look under wraps. He even made sure his co-star, megastar Amitabh Bachchan’s look is kept hidden from all cameras, but for how long?

Aamir’s look from the movie has eventually been leaked and it looks different. Aamir is chilling on the sets while his crew is at work, giving instructions for the shot. Here’s the picture:

This happened post Amitabh wrapped up his shoot for the film. Big B has been battling the chilly weather and seems to be happy to finally be able to get back home, to Mumbai. Here’s his instagram post:

From the wilds and chills of Thailand after finishing schedule of TOH .. ‘Thugs of HINDOOSTAN ‘ now ready to go back to the warmth of MUMBAI and home ..