Star kids and their pop dreams 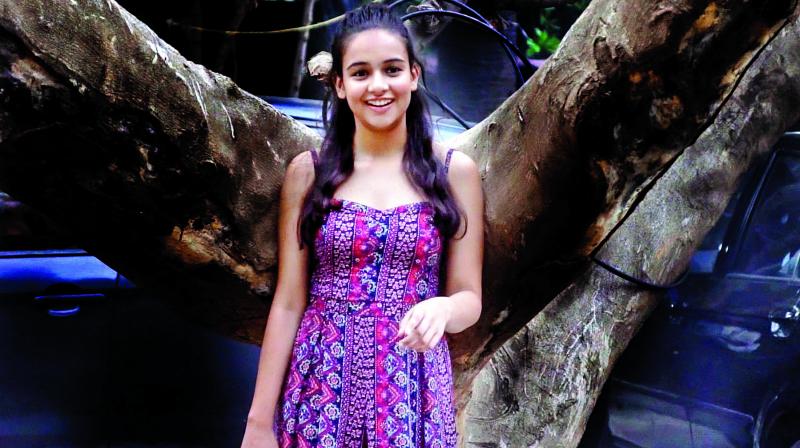 Suchitra Krishnamoorthi and Shekhar Kapur’s teenage daughter, Kaveri Kapur, wants to be known for her music more than her famous last name. The 16-year-old’s first single Did You Know, received over one million hits online and her second song Half a Heart has been receiving some rave reviews on social media. Kaveri started learning Indian classical music at the age of six and has been writing and composing her own songs since she was 11. “I have always being inclined towards music. I once visited a studio as a kid and fell in love with music,” she shares.

Having inherited her writing genes from her father Shekhar , Kaveri describes herself as a very spontaneous author. “I started writing at the age of ten. Words just come naturally to me,” she says rather confidently for a girl her age. But the perks of those famous genes are restricted to the talent pool alone, she assures us, adding, “My parents have always made sure that away from the limelight, I stay protected. I’m very grateful to them for giving me the time to be myself.”

Does that mean to influence her works at all? “I write songs and I keep them to myself. I’m very shy, so I do not show it to anyone. But as far as the singing goes, my mom does accompany me at times for my final recording sessions. Sometimes, when I obsess over my music, my parents have to literally calm me down and tell me that I sound okay,” she adds. Does she have a favourite singer? Adele, comes an excited reply. “Adele is so talented! I’d love to share the stage with her but I’d probably pass out on the stage just with the excitement,” she smiles.

If she isn’t writing or singing, Kaveri can be found practicing her piano and guitar lessons. “I have phases where I tend to read a lot too,” she says.

Has acting ever crossed her mind? “I was never inclined towards acting as a child; I thought I’d be terrible at it. I want to put out more music and come up with an album, go to a music school. I like Priyanka Chopra’s music and hope to collaborate with her someday,” she signs off.