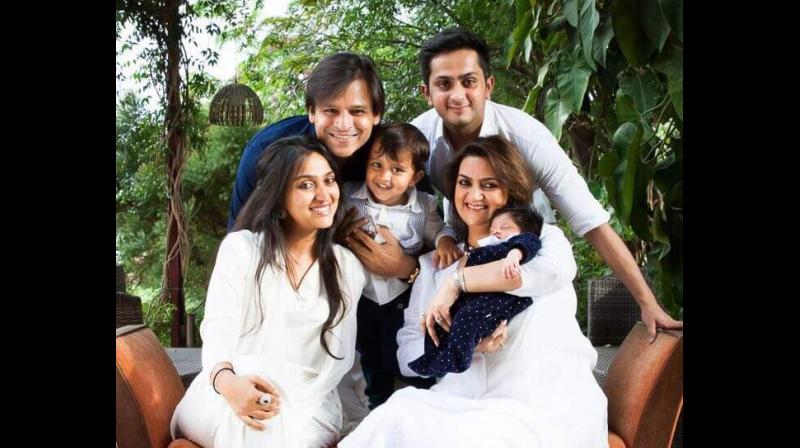 Bengaluru: Continuing with the investigation into `Sandalwood Drug Connect', where two leading heroins of Kannada film industry are already behind bars, Bengaluru CCB sleuths on Thursday searched the house of Bollywood actor Vivek Oberoi, whose brother-in-law Aditya Alva is one of the accused.

After CCB registered a complaint at Cubbonpet police station over the drug racket, naming Aditya as 6th accused, he is absconding. Armed with search notice from the court, a three member police team headed by Inspector Mahanand searched Oberoi's house in Juhu, Mumbai and questioned him about Aditya.

Joint Commissioner of Police Sandeep Patil said, "Aditya is absconding in the Cottonpet case. Since Vivek Oberoi is his relative and Bengaluru police received information that Aditya is in Mumbai, the police team wanted to check the facts. Besides, there is every chance that Vivek Oberoi may know the whereabouts of Aditya Alva".

The police got a court warrant and had gone there to check the information, he added.

Aditya is son of Karnataka former minister Late Jeevaraj Alva, who was a colorful politician in 80's and 90's. His mother Nandini Alva is a famous dancer. Vivek Oberoi has married Priyanka Alva, Aditya's sister.

However, the family came to limelight when Priyanka Alva married Vivek Oberoi. Later, two months ago, when CCB started cracking the drug racket in Bengaluru, the name of Aditya cropped up. Aditya used to lend his resort in Bengaluru outskirts for the drug parties and he is suspected to be organising drug supply to such parties.