cently Bose revealed details from the movie closest to her heart which is dedicated to her late son Ishaan. 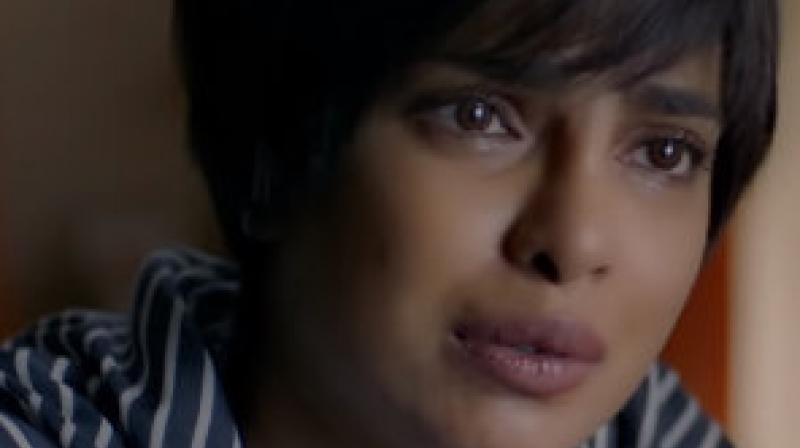 Mumbai: The trailer of Shonali Bose's latest directorial The Sky Is Pink has created huge excitement among the fans. Based on a true story, the film stars Priyanka Chopra, Farhan Akhtar, Zaira Wasim and Rohit Saraf in important roles. The trailer gives goosebumps because of its emotional quotient and also evokes a sense of helplessness seeing the painful situation of the family.

The film which was premiered at the Toronto International Film Festival got a positive response and a standing ovation. Recently Bose revealed details from the movie closest to her heart which is dedicated to her late son Ishaan.

In an exclusive interview with Mumbai Mirror, she said that PeeCee could not stop venting after shooting a heart-wrenching scene. “After I called ‘cut’, I hugged her and she couldn’t stop crying. She kept whispering, ‘I’m so sorry, I’m so sorry. I know now what it means to lose a child. I am so sorry for Ishlu.’ I continued holding her.”

Little details into the past tell us that the Margarita With A Straw director had a son named Ishan whom she lost in a fatal accident.

Shonali also revealed how Priyanka would call Rohit Saraf ‘Ishlu’, the way Shonali would call her late son Ishan by his nickname. “Priyanka heard me calling my Ishan that when I spoke about him and asked me, ‘Can I call him Ishlu in this scene?’ I just smiled from ear to ear,” she said.

For the unversed, The Sky Is Pink narrates the story of Aditi and Niren who lose their daughter to terminally ill diseases named pulmonary fibrosis.