The video defined several characteristics of her character as 'sharp, arrogant, eccentric, ruthless, witty, and outspoken. 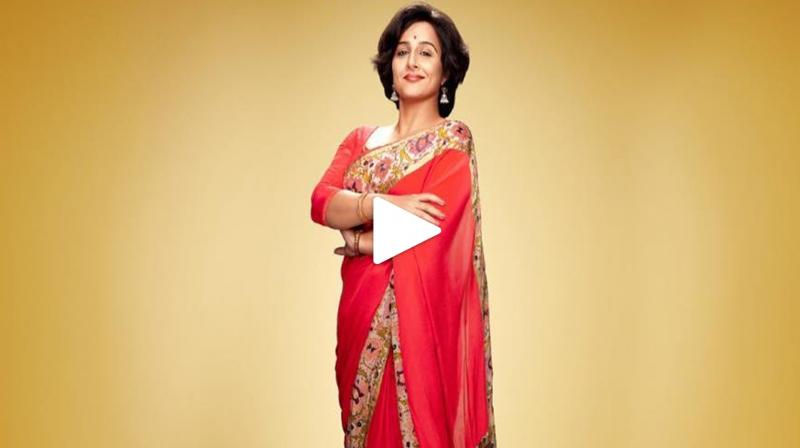 New Delhi: Vidya Balan shared the teaser of her upcoming film 'Shakuntala Devi - Human Computer' on Monday and it is certainly tough to spot a difference between the actor's on-screen character and the maths wizard's real self!

The 32-second-teaser showed the 'Dirty Picture' actor donning a red sari with a bob hair cut and a bindi, similar to how Shakuntala carries herself. The video defined several characteristics of her character as 'sharp, arrogant, eccentric, ruthless, witty, and outspoken.

"She was extraordinary, in every sense of the word! Know the story of the child prodigy & the human-computer," Vidya captioned the teaser.

Apart from the video, the actor also shared the poster of the film on her Instagram page. In the poster, Vidya is seen standing on number 1 position while the number 2 and 3 positions are taken by a computer and a calculator, a reflection of the mathematician's prowess.

"Excitement is multiplying each day! Time to dig into the 'root' of the mathematical genius," she wrote alongside the picture.

The Anuj Menon-directorial is produced by Sony Pictures Network Productions and Vikram Malhotra. The film is slated to hit the theatres during Summer 2020. Shakuntala's ability to make incredibly swift calculations on her fingertips was first discovered at the age of 5 when she solved a math problem for 18-year-old students. Although she never received any formal education her love for numbers won her several awards.