Nawazuddin on Manto: Never felt I should charge money for expressing my thoughts

The actor spoke about doing the film for free, his controversies, thoughts on women and how Manto surprised him. 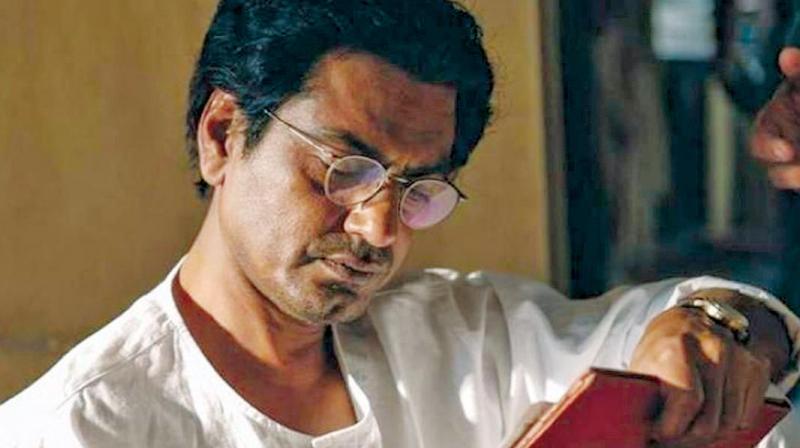 Nawazuddin Siddiqui is known for immersing himself into the character he plays. For his upcoming movie Manto too, the actor has transformed himself to get into the skin of the legendary poet who fearlessly spoke his mind.

The Asian Age exclusively spoke to the actor about doing the film for free, his controversies, thoughts on women and how Manto surprised him. Here are some excerpts from the interview:

What was the sole reason for you to work for free in Manto?

I always feel that Manto’s thoughts are my own. I never felt I should charge money for expressing my thoughts. Because Manto is such a person, I didn’t even feel like taking any money for the movie.

Manto was known for his controversial books, and you too had published a book which became really controversial, do you feel a connection to Manto from this angle?

Of course and it’s not only because of that reason. I also connect to him because Manto has courage - daring to say the truth, which is seen in fewer people today. There are some people who speak the truth, who are the reason why the world is a good place, otherwise there are many who lie and want to see the world ruined. Manto was a subject who always said the truth, which is why he’s relevant and will always be, even after our generation dies.

Coming to controversy, of course, people make mistakes. Maybe even I made a mistake, and hence withdrew my book. I shouldn’t have named anyone.

Manto’s book spoke about women. What is your opinion on his viewpoints about the gender?

I agree with Manto’s thoughts as well as have my own viewpoints. I feel we should see the world with a female’s point of view as well. We made a mistake since so many years, not seeing women the way they should be seen. We underestimated the minds of women. We thought she’s a mother, sister or wife, but never a human. We never understood that this human has brains too and feels just like all of us. A female should have the freedom to live life her own way. Her thoughts need a support system. The way a man can put his thoughts forward, even a female should have the freedom to do the same. This is what I think about women.

Did you learn anything from Manto?

I learnt that he was a family man. For me, a creative person being a family man is a big deal. It becomes tough as an actor to take care of family life, helping them with rituals or following daily routine with them. I was amazed at how Manto had such out-of-the-box thinking and yet was a family person. For me, I have come to such a highway where I have to run no matter what.