Bollywood diva Katrina Kaif turned 36 today and on this special occasion, the actor celebrating birthday with her girl gang in Mexico. 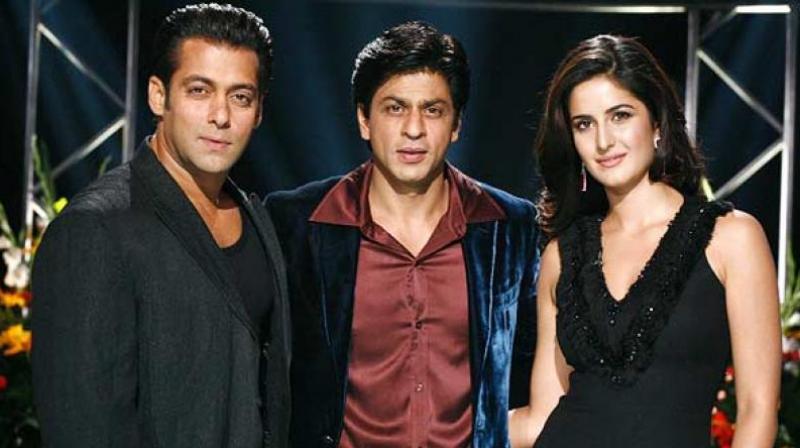 Mumbai: Bollywood diva Katrina Kaif turned 36 today and on this special occasion, the actor celebrating birthday with her girl gang in Mexico.

In a white bikini, birthday girl Katrina is looking hot and sizzling in this picture. The exotic beach background is indeed suiting her outfit. Well, Katrina has always been favourite of every actor as well as filmmaker. She's known for her hard work and dedication in the film industry. Hence, Bollywood celebs, as well as fans, never miss any chance to wish 'Bharat' actress on her birthday. But do you know, apart from her popularity, there is one more reason why Bollywood fans can't forget Katrina Kaif's birthday?

Going back to 2008, Katrina was dating Salman Khan and on her birthday, she had hosted a party for B-town. Notably, Katrina had also invited Shah Rukh Khan and his wife Gauri Khan for a party. In the party, everything was going smoothly until SRK and Salman's big fight.

The Karan-Arjun of Bollywood went on to threats, abuses and physical violence in the party. Eventually, Gauri Khan literally dragged SRK out from the party while Aamir tried to calm down Salman. Totally, devastated Katrina had to walk out of a party with Salman.

16th July 2008, was indeed a terrible birthday for Katrina. But later she overcame from it with a fresh start. However, Salman and Shah Rukh's rivalry remained for a long time. The duo re-kindle their relationship in 2015 when SRK along with Kajol came to promote his film, 'Dilwale' on Salman Khan's show, Bigg Boss.

Notably, Katrina is also one of the people who brought SRK and Salman together. She has worked with Shah Rukh and Salman in 2012 in the films Jab Tak Hai Jaan and Ek Tha Tiger respectively. Her cordial relations with both the stars is a thing to adore the most.

On the work front, 36-year-old Katrina will next be seen opposite Akshay Kumar in Rohit Shetty's directorial venture, Sooryavanshi.