The actor is convinced that marriage is the best thing to have happened to him and can’t stop raving about his wife. 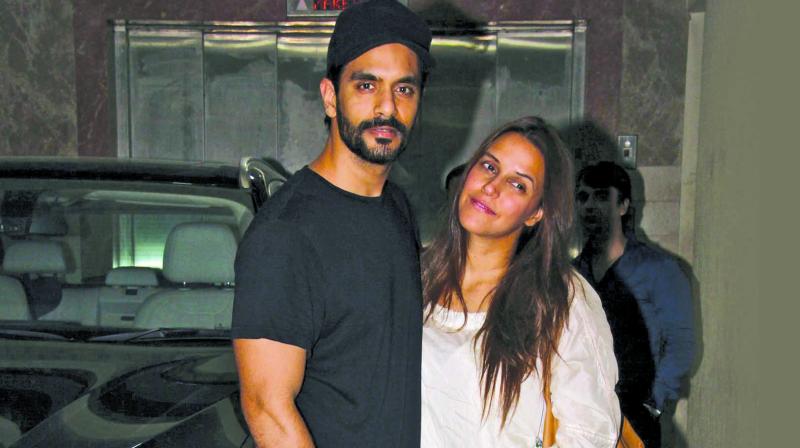 Call it luck or destiny, but Angad Bedi’s career is surely on a roll after his marriage to Neha Dhupia. The doting husband can’t stop raving about his better half. “Neha is such a positive person and spreads such good vibes in all the lives she touches. It may be just a coincidence, but my first release after marriage is Soorma and it has brought me recognition that I’ve never experienced before,” gushes Angad.

The actor is convinced that marriage is the best thing to have happened to him. Talking about how they decided to tie the knot, he says, “Neha and I were part of a very small, tightly-knit group of close friends. Others in the group like Yuvraj Singh and Gaurav Chopra got married. That left only two of us. So we decided to get married.”

Talking about the current climate in the industry, Angad says it is talent that rules the roost. He says, “I’ve been working very hard to build a portfolio of work that someday, our children would be proud of. Luckily for me, this is a time when stars and superstars no longer rule forever. That era will end with Shah Rukh, Aamir, and Salman.  Actors today have to prove themselves every Friday. Audiences go for the character and performance, not the actor. My inspiration are actors like Rajkummar Rao, Ayushmann Khurana, and Ranbir Singh.”

When it comes to his own success in Soorma, Angad attributes it to the director. “If Soorma is getting me noticed, I have the director, Shaad Ali, to thank for it. He let me play Diljit Dosanjh’s brother the way I wanted to. He was there to guide me,” reveals the actor.

Angad also discloses that he shares a close bond with Diljit and that helped him put up a good performance. “My rapport with Diljit is very special. I think it’s really important to have competent co-stars. Only then can one give a good performance. Diljit would give me cues from behind the camera even when he was not required to be on camera. I guess I was just lucky to have him as a co-star,” says Angad.

Now, Angad is eager for his father the legendary cricketer Bishen Singh Bedi, to watch Soorma. “He saw Pink with Mr. Bachchan and was very pleased with my work. He hasn’t seen Soorma so far,” says the actor.