Bala not delayed at all: Yami gautam

The film had run into controversy recently, and reports had surfaced about the film getting delayed. 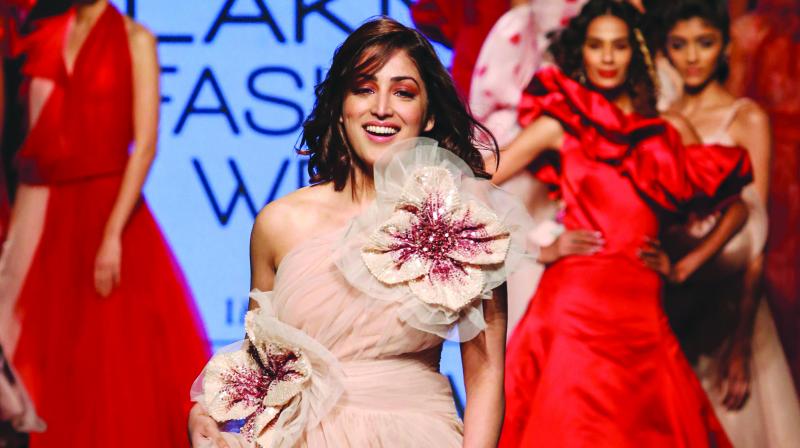 Actress Yami Gautam, who kickstarted her career in Bollywood with Vicky Donor, will be seen working with Ayushmann Khurrana once again in the film Bala.

Speaking about the film, she says, “I think the audience is the best judge as far as co-stars are concerned. It doesn’t feel very different; it feels the same. We both have same style of working. It feels good to be back together; we had an amazing experience working on Vicky Donor and things changed for both of us, so it will always be special for us. We will start the second schedule in Lucknow in two days.”

Bala is one more in a string of offbeat films starring Ayushmann — it deals with premature balding. The film had run into controversy recently, and reports had surfaced about the film getting delayed.

“I am not the right person to address this question. But having said that, it’s scheduled on time. I am leaving for Lucknow for the second schedule, and the film will release on time. So I don’t see any delays,” said Yami in response.

She added, “It is a quirky subject. It deals with certain issues that our society usually has about the concept of external beauty.  It’s kind of accepting the way you are. It’s one of those films which speaks about relevant issues and will entertain you.”

Meanwhile, Yami’s film Uri is releasing in Telugu, and she feels elated that her career has come back to the south. “I am very happy; it’s always good when a good film reaches wider audiences,” she says, adding that the Telugu audience has always acknowledged good cinema. “For me there is a special connect because I started my career from there, so happy to be back with a good film,” she concludes.