Watch: Anushka Sharma scolds man in luxury car; Virat Kohli lauds her, you will too

The Indian cricket captain shared a video on Twitter of the actress losing her cool for an important cause. 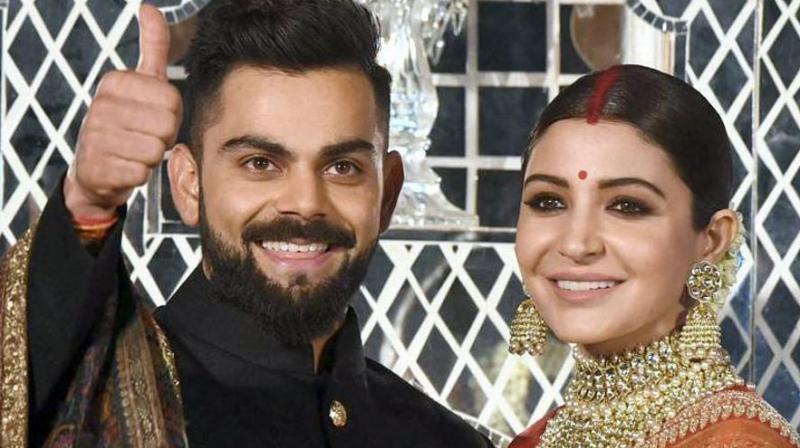 Mumbai: If you ask any Indian or even someone from abroad about Prime Minister Narendra Modi’s most famous initiative for the country, the answer will most likely be the cleanliness movement, ‘Swachh Bharat Abhiyan.’

The PM has gone on to nominate several celebrities from across fields in the last few years, one of them also being Anushka Sharma.

The actress has taken the movement seriously, famously taking up the broom to take clean Versova Beach in Mumbai last year.

But perhaps supporting that initiative might not have made the same difference as what she did recently can make.

And the one witnessing it and sharing it with the world, was none other than her husband and Indian cricket captain Virat Kohli.

So Virat on Saturday shared this video on Twitter of Anushka giving a man, travelling in a luxury car, a piece of her mind for littering the streets.

In the video, a heated Anushka is seen furiously pointing the man to bring his car forward and then she screams at him, “Why you’re throwing garbage on the road? Please be careful, you can’t just throw plastic around like that on the streets. Use a dust bin.”

Saw these people throwing garbage on the road & pulled them up rightfully. Travelling in a luxury car and brains gone for a toss. These people will keep our country clean? Yeah right! If you see something wrong happening like this, do the same & spread awareness. @AnushkaSharma pic.twitter.com/p8flrmcnba

It is not clear if the incident took place in Mumbai or Delhi or some other city.

Virat expressed his disgust, tweeting about 'pulling them up' for travelling in a luxury car, but showing ignorance towards cleanliness. He asked his fans to do the same if they see a similar incident.

It seems the video also received some unwanted comments from the trolls and Virat shot off another tweet later on, calling all the memes finding the video funny, a shame.

Lot of people who don't have the courage to do something like this find it funny. Everything for people nowadays is meme content. Shame.

This is not the first time the star couple has promoted an important cause. The actress had also shot a video to promote fitness after being nominated by Virat, a challenge led by Union Minister Minister of State (Independent Charge) for Youth Affairs and Sports Rajyavardhan Rathore.