Alia Bhatt backs sister Shaheen for opening up about depression

Alia praised Shaheen for speaking her heart out to address the 'giant elephant'. 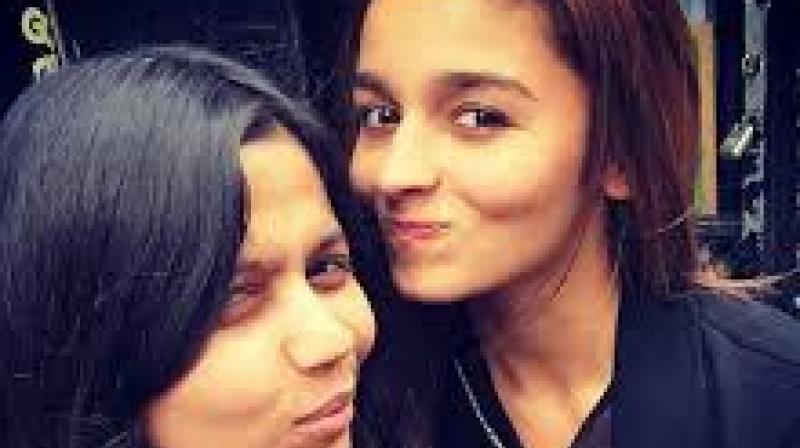 Taking to Twitter, Alia praised Shaheen for speaking her heart out to address the 'giant elephant', highlighting the importance of understanding and acceptance.
"Shaheen you are brilliant! My sister has battled and lived with depression since she was 12. She speaks her heart out and without any hesitation addresses the giant elephant in the room - Mental health and the LACK of our understanding & acceptance!" tweeted Alia.

Shaheen you are brilliant! My sister has battled and lived with depression since she was 12. She speaks her heart out and without any hesitation addresses the giant elephant in the room - Mental health and the LACK of our understanding & acceptance! https://t.co/ih0PmzujYl

In a write-up, exclusively published by Vogue India, Shaheen talked about her own struggle with depression.

'It is a lousy hamburger that can instantly rob you of the will to live,' she said.
The blog further read, "I've lived with depression since I was 12 years old and since then I've been suicidal on more than one occasion. I've been consumed by the terrifying thought of having but a single means of escape from a bleak, unbearable future."

Talking about the impact of social media, Shaheen wrote about how depression has given rise to a dangerous tendency to airbrush and filter our personal lives.
She further urged people to talk about depression, as it is a 'matter of life and death.'

"Every minute that we continue to stay silent we lose one more person to the horrors of depression and suicide. Every second that we choose comfort over reality we fail another Anthony and another Kate."

Shaheen had earlier opened up about her battle with depression two years back in a long Instagram post where she wrote that she is not ashamed of it or particularly troubled by it. It's just a part of who she is.

I've lived with depression on and off since I was about 13 years old. This is not a revelation or a confession. Those who know me know this about me. It's not something I take any pains to hide, I'm not ashamed of it or particularly troubled by it. It's just a part of who I am. I have days where I feel good and then I have days where I don't. One minute everything's fine and the next it's like someone turned the light off inside my head. I go quiet and it's difficult to get out of bed. Like it always does the world around me loses focus and I struggle to make sense of it. Sometimes these bouts last an hour - sometimes they last days. Today, I'm on day 4. I say I live with depression rather than I struggle with it because for me (and I speak only for myself here) I don't see why it has to be a struggle. I once read an idea by an American essayist called Richard Mitchell which stayed with me; it's now become how I try to approach the dips in my week or month. The idea is this: To be sick, or to suffer, is inevitable. But to become bitter and vindictive in sickness and suffering and to surrender to irrationality, supposing yourself the innocent and virtuous victim of the evils intentions of the world, is not inevitable. The appropriate answer to the question - Why me? is the other question - Why not me? *** Why am I writing about this? Well, I spend a fair amount of time on social media during the course of my day and today I found myself looking for something to post because it's been a few days since I've posted anything. I couldn't find anything so I figured I'd just talk about this - how I'm doing, instead of what I'm doing. It's as simple as that, and we could all stand to do a little more of it. P.S. That picture just seemed to work in this context.

Boudain's suicide came days after the recent suicide case of Late fashion designer Kate Spade, who was found dead in her apartment on June 5.