Entertainment   Bollywood  16 May 2019  Attention Bollywood jodis! This 'TikTok' couple is all set to steal your popularity
Entertainment, Bollywood

Attention Bollywood jodis! This 'TikTok' couple is all set to steal your popularity 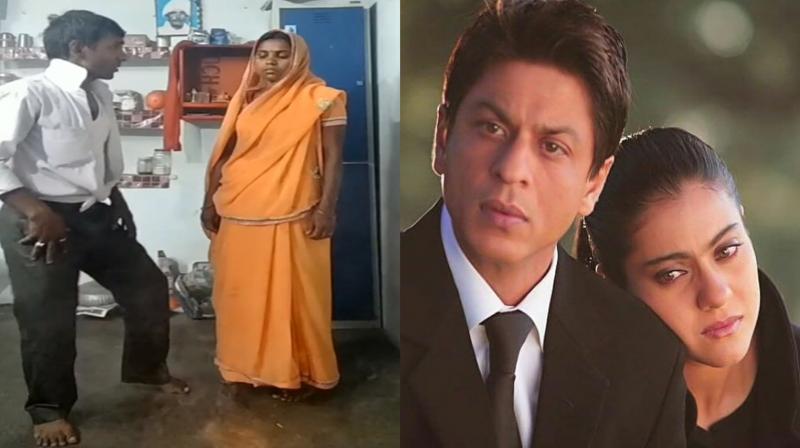 Mumbai: We have seen iconic jodis from Bollywood like Shah Rukh Khan-Kajol, Govinda-Karisma Kapoor and others giving solid dance numbers, romantic songs and especially super hit films for years. But, do you know there is a 'TikTok' couple who could easily offend these iconic pairs with their dancing skills and chemistry?

Recently, a TikTok video of an Indian couple has gone viral on the internet and we must say it is hilarious as hell.

In this video, one can see the husband and wife doing weird expressions and dance moves in front of the camera on a few famous Bollywood songs of iconic jodis like SRK-Kajol, Govinda-Karisma and so on. Hilariously, the rural couple is right now getting famous on social media for the unique charm.

Rising to fame is not difficult in an era where social media and mobile apps rule. Commoners can now easily get popular on social media by showcasing their strange/unique acts. After all, TikTok is the app which has made many people famous like Faisal Shaikh and others.

Meanwhile, TikTok was banned by Madras High Court but later it was removed.

What do you think about this TikTok couple? do let us know.