Entertainment   Bollywood  16 May 2017  I was apprehensive about taking up Aarambh, says Karthika Nair
Entertainment, Bollywood

I was apprehensive about taking up Aarambh, says Karthika Nair

It was Baahubali screenwriter Vijendra Prasad who coaxed the actress to play protagonist Devsena in the show. 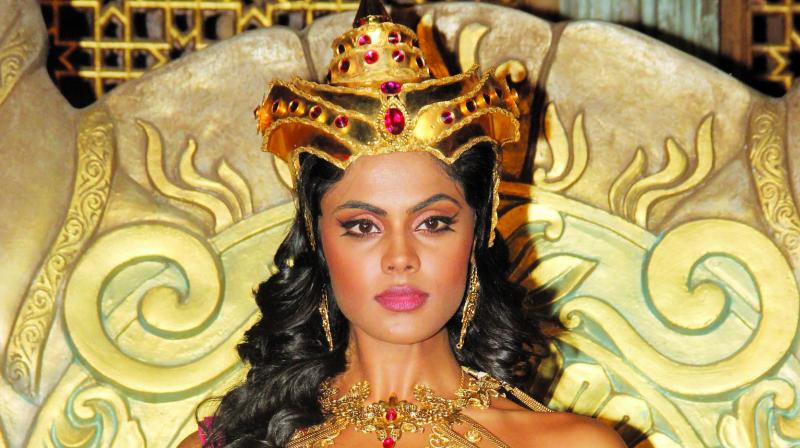 Karthika Nair, who started her career in the south opposite actor Nagarjun’s son Akhil, refused to take up the TV show Aarambh when she was first approached by producer Goldie Behl. It was Baahubali screenwriter Vijendra Prasad who coaxed the actress to play protagonist Devsena in the show. Karthika shares, “I got a call from Goldie’s office and I was surprised about how they got my number. I haven’t circulated my number in Bollywood or tried taking up a film. Initially I said no, since TV is much smaller than films.”

She adds that the commitment that comes with TV was another factor that deterred her from signing up for the project. Karthika says, “When you are doing TV, it’s non-stop. You can’t take a break and do a film, so I was a little apprehensive. Then Vijendra sir’s office called and said that I should at least hear the story. When I realised it was a limited episode series, there was no looking back.”

As she learnt about her character, Karthika realised that there was little reason for her to say no. “My character is a once-in-a-lifetime opportunity. In a male dominated industry, it is tough to get a powerful role. You don’t get roles like these in films as there is too much competition.”

Much like Baahubali actor Prabhas, the young actress too will be seen performing daredevil stunts, including one where she will stand on an elephant’s trunk in the show. Was it just a coincidence or a straight lift off from Baahubali, considering the writer is the same, we ask? “We did the episode long before Prabhas’ poster with the elephant trunk came out. Rajamouli sir and everyone saw the stunt I did. When Prabhas’ poster released, we did think that people would assume we copied them, but we didn’t,” she says.

Elaborating more on the stunt, Karthika recalls, “There is no CGI in any of the stunts I have done — I was actually on top of the trunk. Luckily, the female elephant was very composed. The stunt is one of the highlights of the show. My mother was more worried than I was when she learnt about it. It was difficult to perform the scene with the costume and jewellery, since I practiced the stunts wearing swimwear. I vividly remember that it was raining that day, so we had to wait for the rains to stop.”