Saand Ki Aankh is the toughest role of my career: Taapsee Pannu

Produced by Anurag Kashyap, Saand Ki Aankh is being directed by Tushar Hiranandani. 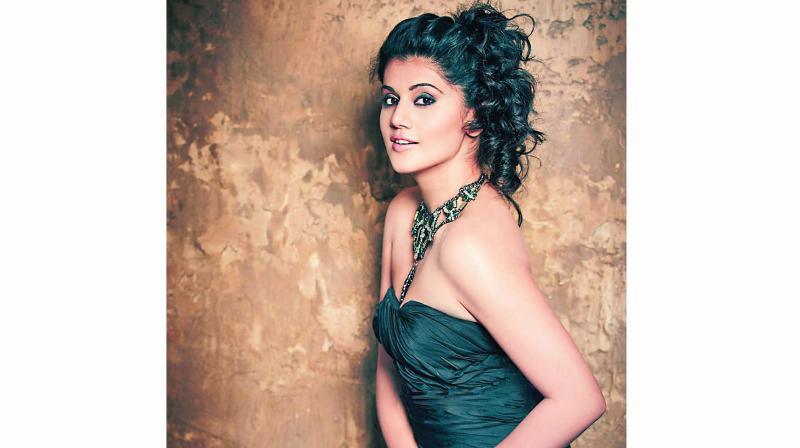 Taapsee Pannu has never played it safe and she continues to push the boundaries with each and every film. The 31-year-old actress is currently shooting for Anurag Kashyap’s film Saand Ki Aankh where she, alongside Bhumi Pednekar, is playing the world’s oldest sharpshooter. And, the actress calls this film it the toughest role of her career.

She says, “Sandh Ki Aankh is a challenging film. It’s a biopic and it is the first time that I am playing the role of a person who is alive and who is living next door where we are shooting. So it’s the toughest role of my career till now.”

Taapsee Pannu and Bhumi Pednekar are playing the role of Chandro Tomar (87) and her sister-in-law Prakashi Tomar (82), who hail from Uttar Pradesh’s Johri village and reportedly took up sharpshooting in their 50s. Chandro, who is fondly called as shooter ‘dadi’, is among the world’s oldest female sharpshooters.

Talking about her character, she says, “I (usually) connect with my character and then build upon it. (Here) this is a different ball game because you are portraying someone who is very much there and there is no common string between me and this character.”

“The age groups don’t match, the backgrounds don’t match and the conditions that they live in (don’t match). Even now, after all the development that has happened in the world, they are still living in a typical village set up,” she says and adds, “It’s the toughest role of my career and I don’t know how I will pull it off. I am taking one day at a time and trying to crack one scene at a time. So it is very scary if I start imagining full-fledged.”

Produced by Anurag Kashyap, Saand Ki Aankh is being directed by Tushar Hiranandani.