Two much fun: Both Priyanka and Katrina are part of Salman Khan starrer Bharat

Salman Khan starrer ‘Bharat’ has been in the news for the casting of its actresses, mainly Priyanka Chopra. 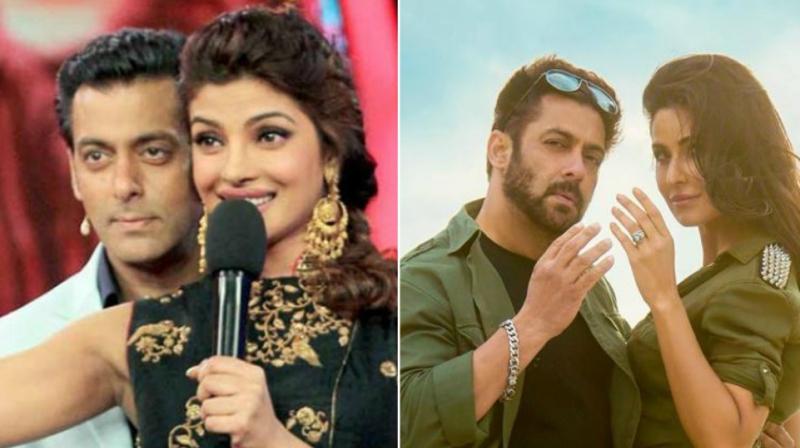 Mumbai: Salman Khan starrer ‘Bharat’ has been in the news for the casting of its actresses, mainly Priyanka Chopra.

The actress, who is super busy with her Hollywood projects, flew down to India to finalize a project, which was believed to be ‘Bharat’ but nothing was made official even then.

Soon after, news reports stated that Salman’s favourite actress Katrina Kaif has replaced PeeCee, thus creating confusion whether Priyanka, after so many attempts, is still a part of the movie or no.

However, the confusion now comes clear as it is being reported that both the actresses will be part of the project.

A source told BollywoodLife, “While there has been so much confusion and speculation about the leading lady in ‘Bharat’, the makers have chosen to stay quiet as the discussion with several actresses continued. However, they finalised to have both Priyanka Chopra and Katrina Kaif on board for the movie. Both the actresses will have distinct and important roles in the film and it will be the first time they will feature in one film together.”

Priyanka and Salman featured in a two-hero film ‘Mujhse Shaadi Karogi’ and now if the news is true, it will be interesting to see them in a two-heroine film.