Her body of work speaks so loudly that the success of recently released Badla wasn’t a surprise for anyone. 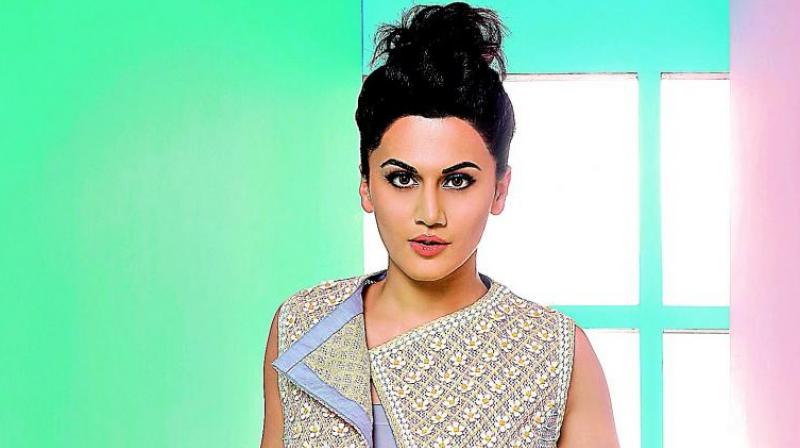 Actress Taapsee Pannu has become synonymous with content-heavy films and good performance. Ever since she made her Bollywood debut with a brief role in Baby (2015), she has taken everyone by surprise with her performance. And, the actress continued to do so with films like Pink (2016), Naam Shabana (2017), Mulk (2018) and Manmarziyaan (2018). Her body of work speaks so loudly that the success of recently released Badla wasn’t a surprise for anyone. However, despite all of these films, the actress was recently replaced from Pati, Patni Aur Woh remake at the last moment without any intimation. It is such incidents that make Taapsee feel like an outsider, a feeling that she feels isn’t going to go anywhere irrespective of how many times she proves her mettle.

“I don’t have any Godfather, who would guarantee me work in this industry. So, regardless of how many hits or flops I give at the box office, I would continue to be an outsider. Also, this ‘Outsider Syndrome’ is like a disease that would continue to stay in our mind. Maybe I feel it little less right now but I can never forget that I am an outsider… I don’t know what others may feel,” says Taapsee.

“I still get replaced on someone’s recommendations and until this stops happening, this ‘outsider’ feeling isn’t going to go anywhere. But, I am fine with this,” she adds.

After being replaced from Pati, Patni Aur Woh remake without an intimation, Taapsee raised the subject openly. Clarifying her stand, she says, “I raised this topic only because the attitude was wrong. I have been replaced during my struggling days as well but I wasn’t replaced without being informed. By God’s grace, I am in a position where no one can question me saying ‘why is she saying so?’ because I have work. Had it been someone else who may not be having so many films in her hand then someone would have raised a finger saying she is doing all of this to gain publicity. This is not so in my case. For me this is not the be-all and end-all in life, I am here and it’s fine but I also have other options, which I look as my bigger strength. I spoke because I do not wish this to happen with others.”