Kareena will be seen on-screen after two years in Veere Di Wedding. 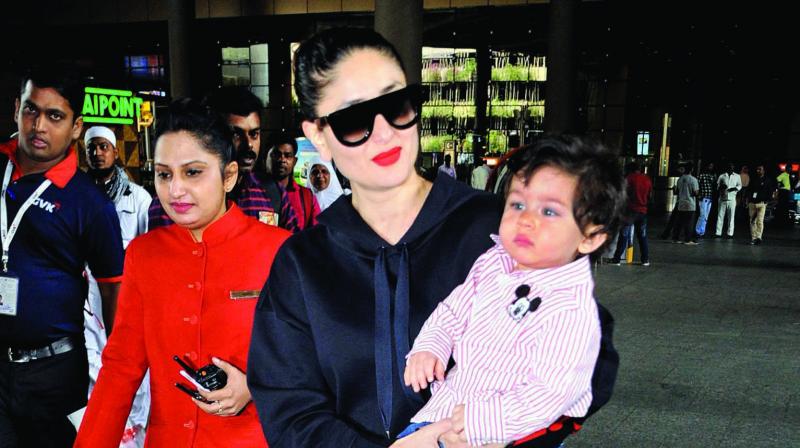 Kareena Kapoor is being inundated with movie scripts, even as she juggles motherhood.

Thankfully, Indian film producers too are changing their mindset about working with a star-mom. Having said that, the actress is not really finding time to read scripts too.

Hence, she has not signed on a single film in the recent past, and will only be doing so after the release of Veere Di Wedding. “She had clearly demarcated her time between her family, health and career. Hence, she hasn’t rushed in her work and  signed too many films.  Kareena thought she would sign a film in March, but with Veere Di Wedding releasing in June, she would be inking a movie deal only post that. So, the rest of the time goes to Taimur,” says a source.

Last seen as a lead heroine in Ki and Ka in April 2016 and a fleeting appearance in Udta Punjab in June the same year, Kareena will be seen on-screen after two years in Veere Di Wedding. And her fans will have to wait a lot more for the next one.
— Sanskriti Media