Phillauri's Dum Dum: Anushka and Diljit's chemistry is too endearing!

It is a visual delight to see them staring at each other as they go about their respective activities in the song. 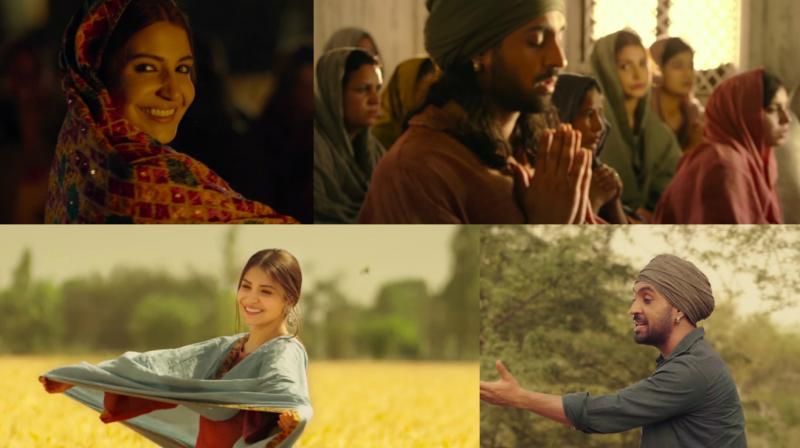 Stills of Anushka and Diljit in 'Dum Dum' song from 'Phillauri'.

Mumbai: Anushka Sharma is set to play a ghost for the first time in her career in her second production 'Phillauri'. The first song of the film, 'Dum Dum' is out, which depicts the story before she becomes a ghost.

The few glimpses of Anushka and Diljit Dosanjh’s endearing relationship that we saw in the trailer are brilliantly depicted in this Sufi song.

Diljit’s character’s passion for music is brilliantly depicted as he carefully holds his musical instrument and as he performs for the villagers.

It is a visual delight to see Anushka and Diljit’s characters staring at each other as they go about their respective activities and even their hesitation at looking at each other’s eyes at the Gurudwara is well captured.

The chemistry between the two actors as they share some intimate moments shines through.

The song is composed by Shashwat Sachdev and has been rendered by Romy and Vivek Hariharan, with lyrics penned by Anvita Dutt

‘Phillauri’ releases on March 24 and is directed by Anshai Lal.