Helmed by Imtiaz Ali, the poster introduces Sara as Zoe and Kartik as Veer. 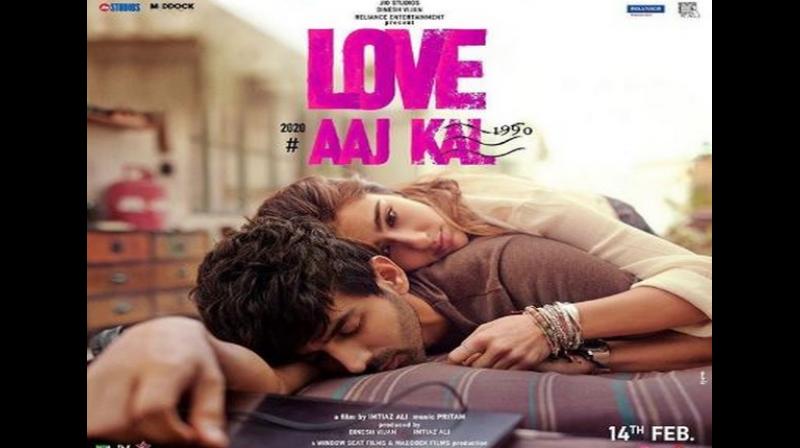 Helmed by Imtiaz Ali, the poster introduces Sara as Zoe and Kartik as Veer. Sara shared the first poster of the film on Instagram and wrote, "Meet Veer and Zoe [?] Come get wound up in our whirlwind wonderland #LoveAajKal, Trailer out tomorrow!!"

She also announced the date of the trailer launch, which is scheduled for Friday. In the poster, Kartik is seen lying on a bed with his eyes shut, while is Sara lying upon him, looking a little gloomy.

The 'Pati, Patni Aur Woh' actor too shared the poster on his Instagram stories. This new outing of Imtiaz Ali is a sequel to the director's film 'Love Aaj Kal' that released in 2009, which starred Deepika Padukone and Saif Ali Khan.

Earlier in July last year, it was noted that Imtiaz had shared a poster of the 2009 'Love Aaj Kal film on Instagram and wrote "In these ten years after Love Aaj Kal, I see that the process of a love relationship has changed dramatically. The way young people think of relationships now, I could not have predicted ten years back. It's fascinating and very inspiring."

The 2020 'Love Aaj Kal' is scheduled to release on February 14 and also stars Randeep Hooda and debutant Arushi Sharma.