A video of The little sensation’s moves at a party has gone viral and his fans can’t stop gushing. 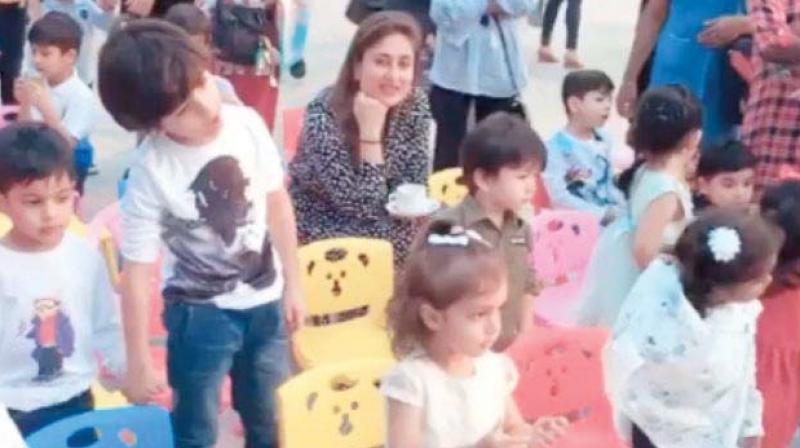 Internet sensation and the camera’s delight Taimur Ali Khan is back from his Swiss holiday, ready to paint the town red. While the nation was still gasping at his maroon track suited swagger at the airport, a video of him shaking a leg at a party is out to cheer his fans.

Dressed in a military green shirt and denims, the little munchkin was accompanied by mother Kareena Kapoor Khan and grandmother Babita. Also present at the party was cousin Inaaya Naumi Kemmu, who was dressed in a white frock, and her mother Soha Ali Khan.

In one of the videos shared online, Taimur is seen standing at the back while Inaaya is in the front sitting in her mother’s lap. As the other kids start dancing, Kareena is seen prompting Taimur to shake a leg. Soon, the adorable little fellow breaks into a dance.

Inaaya, on the other hand, swayed a little bit holding her mother’s hand. Apart from Taimur and Inaaya, Tim’s other cousins - Samiera Kapoor and Kiaan Raj Kapoor were also at the party in addition to other star kids Nisha Kaur Weber (with father Daniel Weber), Laksshya Kapoor (with Tusshar Kapoor) and Ranvijay Singha’s daughter Kainaat.