Entertainment   Bollywood  16 Jan 2018  Who is Shahid Kapoor hinting at with his latest cryptic tweet?
Entertainment, Bollywood

Who is Shahid Kapoor hinting at with his latest cryptic tweet? 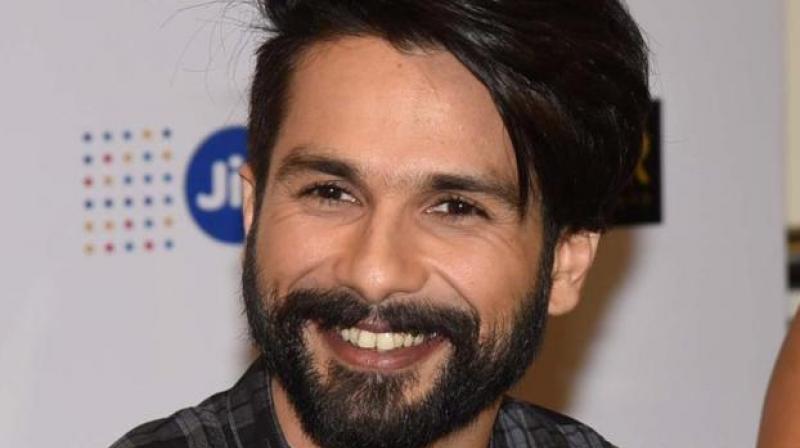 Recently when Bollywood megastar Amitabh Bachchan shared a video from a movie, where a cat and a dog were seen fighting with each other. He captioned it saying, ‘’a scene from a movie with humans.’’

Actor Shahid Kapoor was quick to notice this tweet of Big B and he posted a rather cryptic tweet which read, ‘’Haha subtle confidence vs loud overacting.’’ 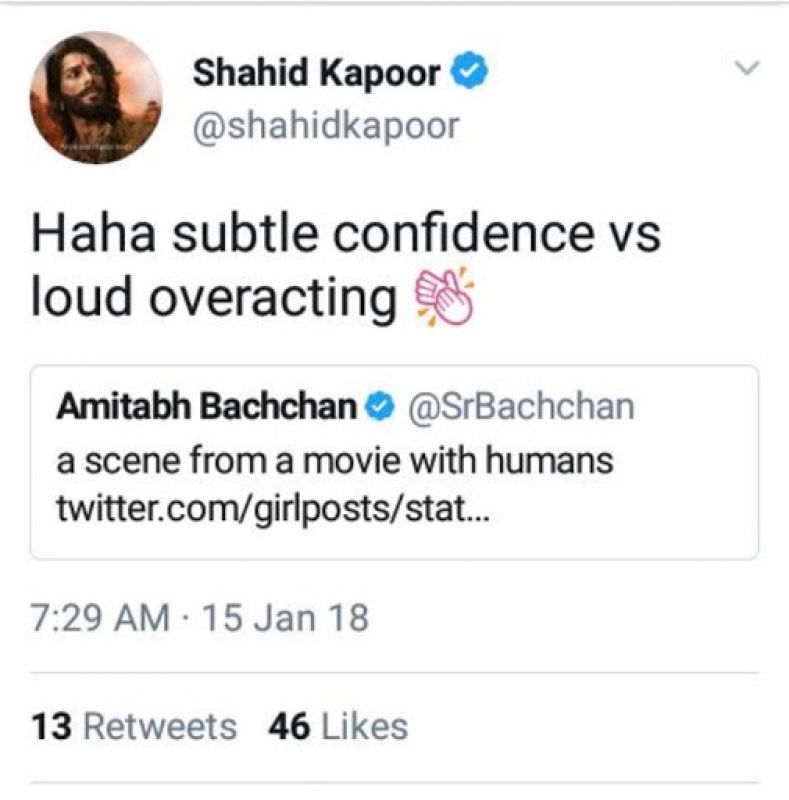 However, the actor deleted his tweet immediately and replaced it with another tweet. He wrote, ‘’Haha subtle confidence.’’

Well, we wonder if Shahid was hinting at someone?

Bhansali's highly anticipated 'Padmaavat' will finally hit the screens on January 25, 2018. Post that, Shahid will soon start shooting for Shree Narayan Singh's directorial 'Batti Gul Meter Chalu'. The film will have Shraddha Kapoor and Yami Gautam as female leads. It is slated to release on August 31, 2018.