Starring Ajay Devgn as an antagonist and Akshaye Khanna and Urmila Matondkar as leads, it was Bazmee’s first suspense movie. 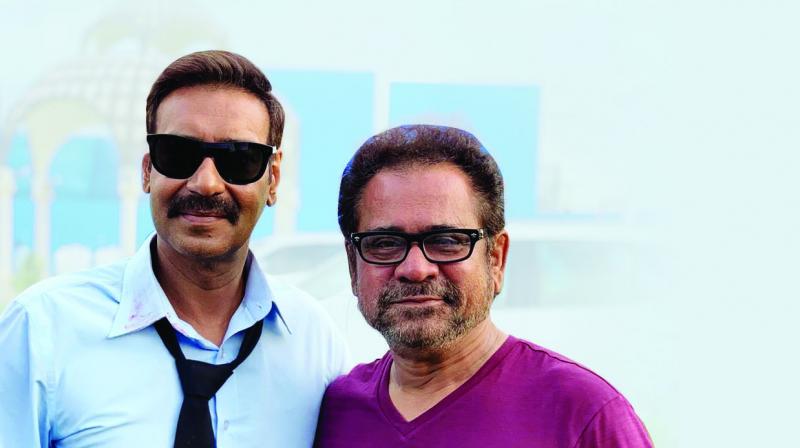 While many find comedy difficult, director Anees Bazmee has been making people laugh without fail for many years. With films like Welcome, No Entry, and Thank You under his belt, Bazmee’s next multi-starrer Pagalpanti is all set to release next week. But the director is already looking ahead, planning a remake of his 2002 release Deewangee.

Starring Ajay Devgn as an antagonist and Akshaye Khanna and Urmila Matondkar as leads, it was Bazmee’s first suspense movie.

“Ajay has been telling me to remake Deewangee for a long time now because the film was so good and different. Many times, people come to me and suggest to work on that film. It was my first suspense film and very different from what I have been doing over the years, which is why I am thinking about remaking Deewangee,” says Bazmee, adding that Ajay’s character will be more lethal and shrewd this time.

“After so many years, the character will be more mature and strong. I am working on plotting a good story that suits the character, and Ajay will be my actor to play the role in remake,” confirms the director.

Deewangee, which was reportedly loosely based on 1996 Hollywood movie Primal Fear, had earned mixed reviews, but Devgn was appreciated for his performance in a negative role with a split personality disorder.