This light hearted comedy film is inspired by a real-life fraudster who wed seven women in seven different cities. 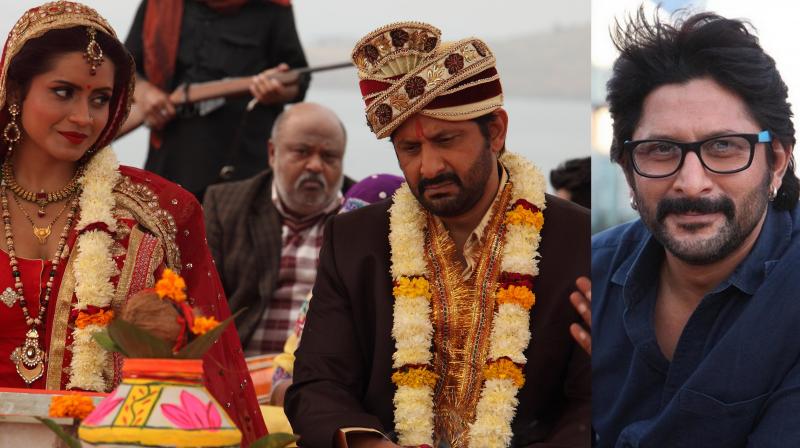 Presented by Prakash Jha Productions, the film will hit the silver screen on 18th January 2019.

Mumbai: With the scrapping of Sec 497 that makes adultery no longer a criminal offence, Prakash Jha’s latest production venture ‘Fraud Saiyaan’, can now get away with having extra marital affairs.

This light hearted comedy film is inspired by a real-life fraudster who wed seven women in seven different cities, none of them aware of the other. Arshad Warsi who plays a fraudster in and as 'Fraud Saiyaan' juggles between his multiple wives and has turned marriage into a very unique business.

Talking about the film, producer Prakash Jha said, “He has 13 wives and multiple affairs which gets him into scraps with the law. It’s a fun-filled con-caper set in the Varanasi, Mathura, Allahabad belt with Arshad (Warsi) as a guy who very early in life realises that he can make gullible young women fall in love with him and with the promise of marriage, on occasions even taking the pheras with them, can use them to support his lifestyle without the daily grind of a job.”

Naturally his choice of profession, gets him into a lot of problems. For instance, if the woman he is pursuing is already married, her aggrieved spouse can turn up on his doorstep with a cop in tow and threaten to have him thrown behind bars. “But now, thanks to a recent Supreme Court ruling, he cannot be arrested nor can criminal charges be pressed against him. This ruling has unknowingly come to the rescue of our protagonist though eventually he will have to face the consequences of his actions,” admits the veteran filmmaker.

Presented by Prakash Jha Productions and produced by Disha Prakash Jha and Kanishk Gangwal, ‘Fraud Saiyaan’ is directed by Sourabh Shrivastava, and stars Arshad Warsi, Saurabh Shukla and Sara Loren in pivotal roles. It will hit the silver screen on 18th January 2019.