Straight out of a fairy tale

The special day was packed with Ranveer’s drama, Deepika’s tears and a whole lot of fun. 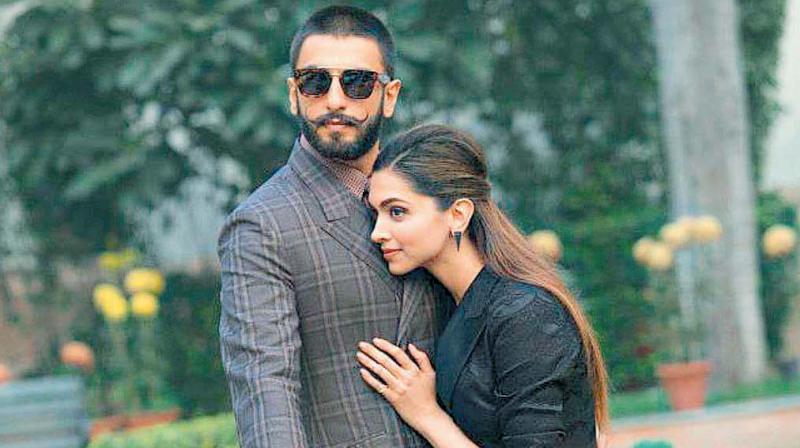 One of the most loved couple of Bollywood, Deepika Padukone and Ranveer Singh, have finally tied the knot in a grand and intimate ceremony at the plush CastaDiva Resortthat overlooks the exotic Lake Como, Italy, on Wednesday, in traditional Konkani style. This ceremony will be followed by a traditional Sindhi wedding on thursday. While no one know about the exact guest list, it is being reported that only their families and very close friends were present at the venue.

Amid all the frenzy surrounding this major event, the couple have made sure that no phones are used by their guests so that no pictures from their big day get leaked. The fans have been waiting all day long for a glimpse of their favourite stars on their special day.

While no information is being shared with media or fans, the bride’s sister found a way to share her excitement on the Instagram. Anisha Padukone changed her Instagram profile bio to ‘#ladkiwale’ with a bride emoticon for her sister’s wedding.

Deepika gets emotional during Sangeet
Repoertedly, the mehendi and sangeet ceremonies were held on Tuesday. Singers Harshdeep Kaur and Shubha Mudgal performed during the sangeet. While Harshdeep sang traditional mehendi songs such as Mehndi Ni Mehndi, Dholak, Kala Shah Kala and Mehendi Hai Rachney Wali, Shubha joined in with Thumri songs. Interestingly, various reports suggest that Deepika got emotional during Shubha’s performance and started crying. An ever-caring Ranveer rushed to calm her lady love and ensured that she was smiling again.

Several other reports sugget that Deepika and Ranveer were dressed in Sabyasachi creations (who apparently was at the venue) in shades of pink and red. Ranveer reportedly made a dramatic entry for the sangeet, dancing to his song Tune Maari Entriyan from the movie Gunday. He also played the dhol.

Ranveer teases DP
What’s an Indian wedding without a little ched-chad? It seems that Deepika and Ranveer, too, had great fun at their wedding. According to various reports, while Deepika was getting her mehendi done, Ranveer took the duty of feeding her. However, the Bajirao  Mastani actor only agreed to feed her lady love if she would kiss him return. Not the one to give in, Deepika agreed to give him a kiss only after he feeds her.

The couple will apparently host a dinner for the guests on Thursday night, before they fly out of Lake Como.