Actor-industrialist Vishagan the groom in marriage to be held at Poes Garden. 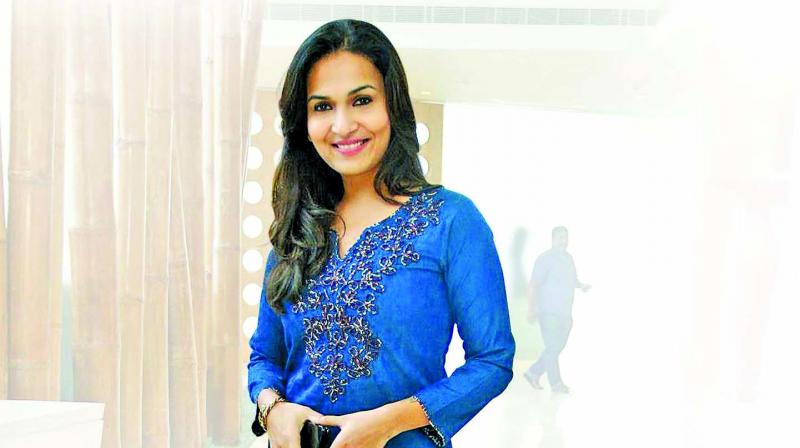 The city is abuzz with the news that Soundarya Rajinikanth is getting hitched for the second time. She will be tying the knot with industrialist turned actor Vishagan Vanangamudi, who is from a business family. The groom, who did his Masters in International Business in the US, is also a divorcee.

There was no official word from either family, Rajini’s or Vanangamudi’s. A close source to both confirmed to DC that the news is indeed true and that the engagement had also taken place last week.

“As claimed in the report, it is not a love marriage. Soundarya and Vishagan have not known each other before and it was the groom’s aunt who initiated the alliance. And when the Rajini’s family gave the green signal, Soundarya met Vishagan at a coffee shop for a casual conversation,” reveals the source.

The source goes on to add, “The engagement was a simple event that took place last week at Rajinikanth’s residence with both the parents exchanging ‘Thaamboola Thattu’. The marriage will be solemnised in the Tamil month of Thai (January 2019) and this will be a modest affair with only family members of both bride and groom and close friends attending. And the best part is that, instead of opting for a marriage hall or star hotel, they have decided to keep the wedding ceremony at Rajinikanth’s famous Poes Garden residence.”

Vishagan was recently seen as the lead actor in a film titled Vanjagar Ulagam. Vishagan heads his dad’s Sulur Vanangamudi’s Apex Laboratories in India as well as in the US.  Soundarya, who has a son named Ved, is concentrating on producing and directing films. She directed her dad in Kochadaiyaan and was instrumental in getting the Kabali project going. She also wielded the megaphone for her brother-in-law Dhanush’s flick VIP2.