Photography was strictly prohibited on the sets, but we managed to get a photograph of Kangana and a character playing a Dalit villager off the sets. 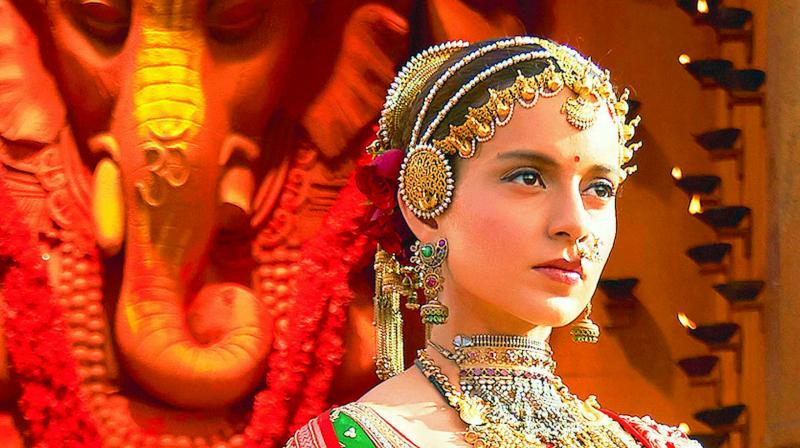 Our source offers a peek of one such heartrending scene with the actress Ankita Lokhande, who plays a character named Jhalkaribai in the film.

Bollywood actors Hirthik Roshan and Kangana Ranaut are at loggers heads owing to some personal reasons. But ironically, Kangana’s much-awaited film Manikarnika has been shot on the same sets of Jodha Akbar that was erected at Karjat.

“A little changes have been made there,” updates our source.

Shot on the same sets as Jodha-Akbar in Karjat, the filmmakers have interwoven scenes that show Rani Laxmibai coming to the rescue of hapless villagers. “To make the tale intriguing there are a few scenes added, where Rani Laxmibai helps the people and saves them and their animals from the atrocities committed by the British. This will definitely bring out more love and affection for Laxmibai.” 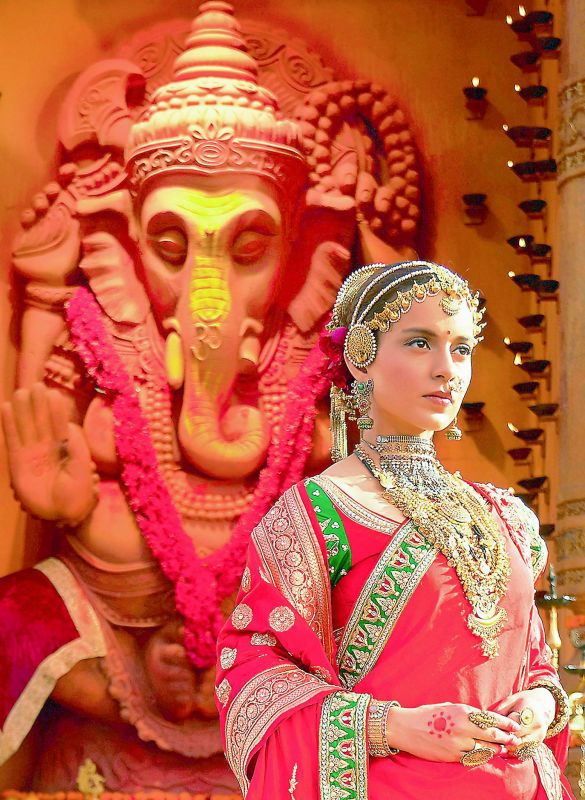 Our source offers a peek of one such heart-rending scene with the actress Ankita Lokhande, who plays a character named Jhalkaribai in the film. Much has already been said about Ankita’s look and her romantic inclinations with her co-actor in the film. Says the source, “There are many emotional scenes in the film as well. Especially, those depicting Rani Laxmibai helping the people.” Ankita plays a pivotal role of a Dalit woman, who lives in a place called Dalitwada. “She is the head of this entire place. Jhalkaribai always takes care of all the Dalits living in Dalitwada. The atrocities of the British government are not just confined to Rani Laxmibai and her actions. They also trouble the people living in Dalitwada, by torching their homes and domestic animals.”

The source narrates a scene highlighting the emotional bond between the Rani of Jhansi and the villagers, “One fine day, the Britishers enter Dalitwada and torment the villagers and their animals. They take away a calf that belongs to Jhalkaribar. No sooner does Laxmibai come to know of it, she immediately goes on horseback and manages to bring the calf back to Dalitwada after a huge fight. She hands over the animal to Jhalkaribai and wins the hearts of the Dalit villagers.”

Photography was strictly prohibited on the sets, but we managed to get a photograph of Kangana and a character playing a Dalit villager off the sets.