In the picture, Salman and a saree-clad Katrina Kaif are seen standing at the Wagah border. 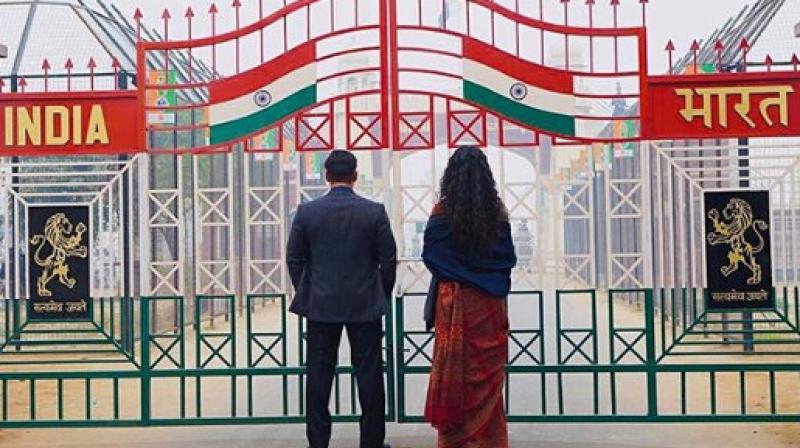 Mumbai: Bollywood actors Salman Khan and Katrina Kaif are busy with another important schedule in Punjab of Ali Abbas Zafar directorial 'Bharat'. The team has reportedly recreated Wagah border there to shoot an intense sequence of the film.

Also Read | Salman Khan leaves for Bharat shoot in Punjab, Wagah border to be recreated there?

Salman Khan posted a still from the film on his official Instagram account. In the picture, Salman and his leading lady Katrina Kaif are seen standing at the Wagah border.

Reportedly, the 'Dabangg' star will be seen sporting five different looks spanning over 60 years, including a crucial part which will showcase the actor in his late 20s, looking much leaner and younger.

After Priyanka Chopra decided to walk out of the film, Katrina Kaif was roped in to play the lead, opposite the 'Kick' star. The film also stars Tabu and Disha Patani in pivotal roles. The flick is slated to hit the cinemas on Eid 2019.