We met Radhika Apte for a candid chat while she was in the capital for an event. 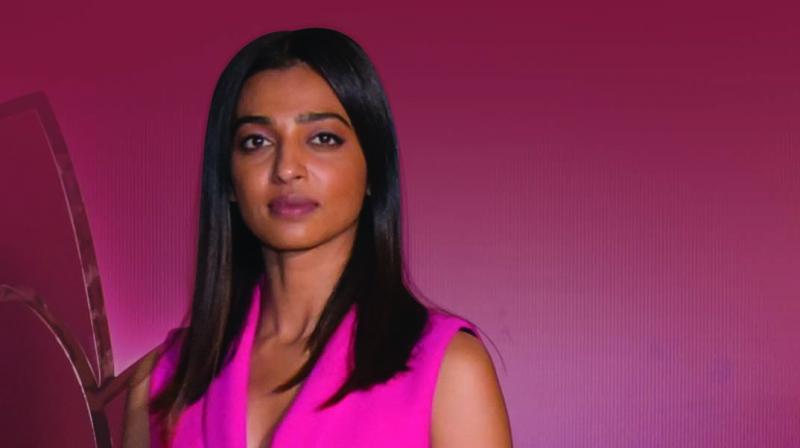 It is fair to say that Shakespeare was right when he called all the world a stage. While for some it can be a silver screen, for others it is an OTT platform. For actor Radhika Apte who was recently present in the capital for an event for Daniel Wellington — it’s all of the above.

The actor, who is known for her diverse roles, believes that her characters are a reflection of “just the way” she is. Despite her vast portfolio as an actor, there are still paths unexplored, she believes. “There are many genres that I haven’t really explored yet. I haven’t really done much comedy, romance, maybe thriller. It’s not that you explore a genre and you can die a happy death,” she shares. For her, the content is what matters, at the end of the day.

Being so long in the industry, Radhika has had her fair share of some dark moments. What matters is how one comes out of it. Radhika jokingly suggests that one must “suppress them.” She says, “If you just look around and not just look at your own life, you would immediately rise from your dark moments because people around you — you see lots of people going through a much more difficult time than you do — there are always people like that.”

Despite her success, she remains refreshingly humble and true to herself. “I just don’t see why success should make you not be down to earth at all. Sometimes people come and say, ‘Arrey! You are very easy to talk to. You are very down to earth.’ I say, ‘What do you mean?’ It’s like any other job and what is a success is also very contemptible,” she shares. So what is success to Radhika? In her own words, it is happiness, freedom, to do what you want to do, to feel inspired, feel challenged and just have the capacity to learn.

On a lighter note, we asked if the actor plans to write a book on her journey. Alas, no. “I will never do that. There is no hypothetical situation as I really don’t think there is anything to write an autobiography on,” she laughs.

With Diwali around the corner, we wondered what Radhika’s plans for the festive season are. Family is everything for most and the same is true for the Andhadhun actor. She usually spends Diwali with her family. Recalling her childhood days, she says, “I used to be at home and visit all the relatives’ houses, every Lakshmi Pujan. There is this ritual that every Lakshmi Pujan, we used to go to my grandparents’ house to have breakfast. Now they are not there anymore.” But those were the good old days and now things have changed. But things have changed as she laments, “Recently, I haven’t been home for Diwali.”

The actor has been trending on social media for various reasons. But the most recent cause was her absence from the second season of Sacred Games. Fans wanted her to come back. On bringing this up, she responds, “Netflix, are you listening?”