Where have all the sisters gone?

The sibling bond, once explored with much gusto, no longer finds space on the screen. 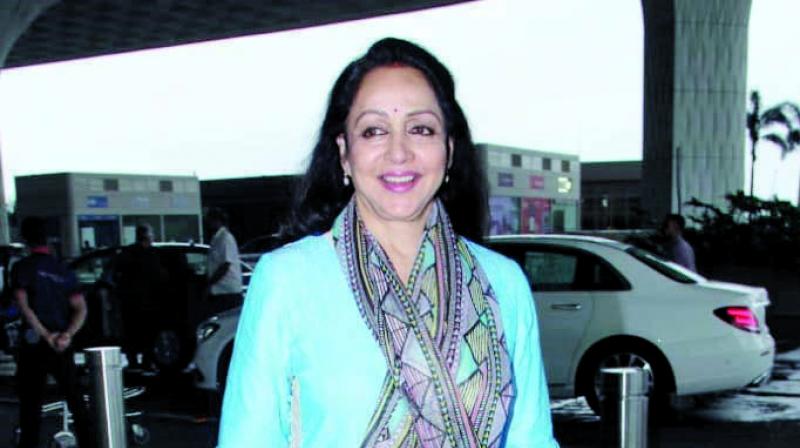 There was a time when the sister was an integral and almost  mandatory part of Hindi commercial cinema. The blockbuster films like Choti Bahen (1959), Bhai Bahen (1959), Badi Didi (1969), Pyari  Behna (1985), Anokha Bandhan (1982), and Bandhan (1988) were devoted entirely to the sibling bond. Almost all the mainstream film of the last millennium had a very important sister-character who served as a catalyst to the plot’s progression.

One of the last Hindi films to serve up the sibling angle in a pivotal way was 1983 film Andha Kanoon where Hema Malini and Rajnikanth played siblings.

Recalls Hema, “It was a very strong brother-sister story. I played a cop and Rajiniji was cast as my brother. We both wanted to take revenge against the villains. But my brother wanted to break the law, whereas I wanted to seek justice within the framework of the law.”

Hema agrees the sibling angle is lost in our movies. “But that is a reflection on the decimation of the joint family. Now there’s the nuclear family system where siblings are no longer a part of the urban household,” says Shabana Azmi who dotes on her only brother Baba Azmi.

“It’s full-on bhaiyya mere raakhi ke bandhan ko nibhana in my life. I remember doing a lovely sibling film Anokha Bandhan based on a literary work by the eminent writer Saratchandra Chatterjee. Our literature is filled with stories on the sibling bonding. Hindi cinema no longer seeks scripts from the Indian literature. This is one reason why joint-family values have vanished from our cinema,” says Shabana.

There was a time when actresses like Nazima and Naaz specialised in playing the sister, both are no more. These two lovely ladies have played the hero’s sister in various films, on whom some terrible calamity (probably rape) would befall before the hero would take off on a vendetta spree.

For Nazima the burden of being the sister to every hero proved a big career hurdle. She was unable to play the leading lady and was only offered sisters’ roles.

Today’s actors miss the ‘Nazima’ factor in their movies. Ranbir Kapoor who shares a very strong bond with his sister Riddhima would love to do a film on sibling bonding. Ranveer Singh is closer to his sister Ritika than anyone in the world.

Tiger Shroff who dotes on his sister Krishna wonders where all the films on siblings have gone. “I remember watching my Dad’s film Bandhan about brotherly love and I cried. I’d love to do a film about a brother and a sister like Shah Rukh Khan and Aishwarya Rai Bachchan’s Josh. But where is the josh?” he said.