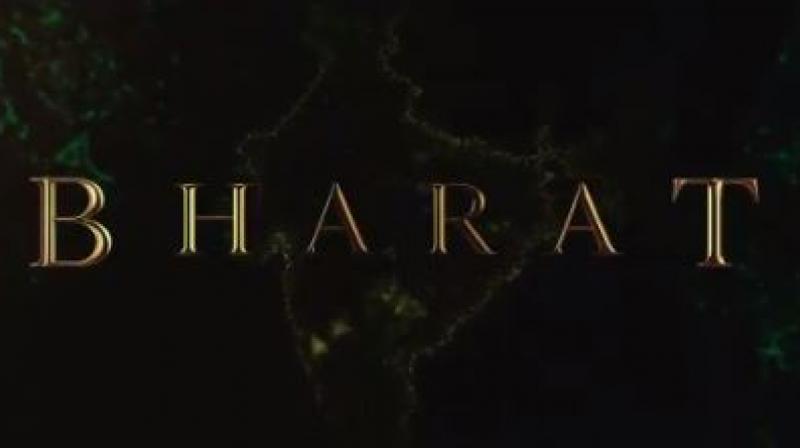 New Delhi: Salman Khan has treated his fans with the first look of his much-anticipated movie 'Bharat'.

The 'Dabangg' star took to twitter and shared the teaser of the movie. He captioned it saying, "Kuch Rishte Zameen se hote hai, Aur kuch khoon se.. Mere Paas Dono The! (Some relationships are because of land and some because of blood, I had both)".

The teaser opens up with a powerful dialogue where we can hear Salman's voice. He is heard stating an advice from his father. Khan will be seen portraying a journey of a man and a nation together.

The 'Sultan' star has already completed the first leg of the shooting in Mumbai. Salman will be seen alongside Katrina Kaif in the movie.

This movie is Ali Abbas Zafar's third collaboration with Salman after the 2016 film 'Sultan' and the recent 'Tiger Zinda Hai'.

After Priyanka Chopra walked out of the film, Katrina Kaif was roped in to play the lead opposite the 'Dabangg' star.' Bharat' also stars Tabu and Disha Patani in pivotal roles.

The film will feature Salman sporting five different looks spanning 60 years, wherein a crucial part will showcase the actor in his late 20s, looking much leaner and younger. Salman will be recreating his 'Karan-Arjun' look which had created immense excitement amongst the audience.

It is slated to release in June next year and we can't contain our excitement!