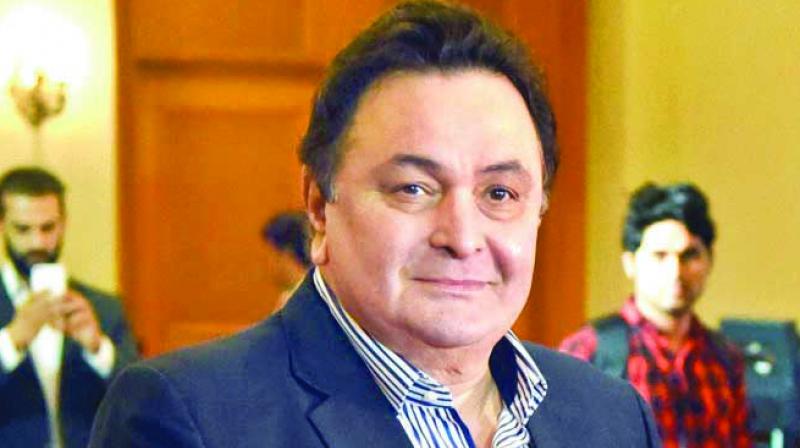 Rishi Kapoor, who has been recovering from a serious ailment in New York, is not too pleased with a film release popping up in theatres this Friday out of nowhere. The comedy film, titled Jhootha Kahin Ka, is named after a film that Rishi did with his favourite co-star Neetu Singh (who later became his wife) back in 1979.

While the actor, who is now on the road to recovery, refuses to comment on the new film, sources close to him say he is unhappy with the sudden release. “He has not shot completely for the film. Rishi can’t even remember when he had shot last for the film. But he has no recollection of completing the shooting. So whatever the producers are putting out in the market is incomplete and a highly exploitative method of getting Rishi Kapoor’s fans interested in a film that he would never want to be seen as his comeback project after his illness,” says a source close to the actor.

Jhootha Kahin Ka stars Rishi Kapoor with Jimmy Shergill and Omkar Kapoor. It is directed by Smeep Kang, a big name in Punjabi cinema who is hoping to make a name in Hindi cinema.