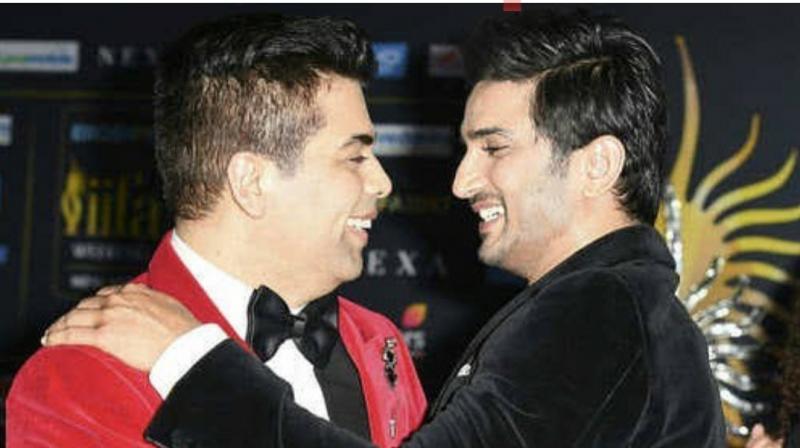 The police said the reason behind the 34-year-old actor’s death is yet to be ascertained, and no suicide note was found. The police is questioning his close friends, some of whom were allegedly there at his house as the actor took the extreme step. The police is also studying his phone records to find out who he was in touch with moments before ending his life.

Officials said the incident came to light after some friends of the actor and his house help found him hanging by the ceiling on Sunday. The police was informed and he was rushed to R.N. Cooper Hospital, where he was declared dead on arrival. Rajput’s family was informed, and his sister and relatives are on the way to Mumbai.

“The suicide is being probed from all angles. No suicide note was found, but his friends and neighbours are being questioned to find the reason behind the actor’s extreme step,” said a police officer.

The entire film industry is in a state of shock. Karan Johar, the producer of Rajput’s Netflix movie Drive, said he was heartbroken. “I have such strong memories of the times we have shared… I can’t believe this… Rest in peace my friend...,” he said.
Karan Johar was also trolled badly on social media for terming Sushant suicide a wake up call for him after he (KJO) blamed himself for not reaching out to him even after knowing his condition. Fans pulled him up for being a hypocrite and for his usual affinity for nepotism.

I blame myself for not being in touch with you for the past year..... I have felt at times like you may have needed people to share your life with...but somehow I never followed up on that feeling...will never make that mistake again...we live in very energetic and noisy but still very isolated times ...some of us succumb to these silences and go within...we need to not just make relationships but also constantly nurture them....Sushants unfortunate demise has been a huge wake up call to me ...to my level of compassion and to my ability to foster and protect my equations.....I hope this resonates with all of you as well....will miss your infectious smile and your bear hug ....💔💔💔

Not only karan johar ...bollywood is full of selfish people
See pics#SushanthSinghRajput pic.twitter.com/DnDDr16bMf

Also vicious gossiping and bullying and expecting everyone to kowtow to them. Not a fan of Kangana at all but on Karan Johar she was very, very accurate. https://t.co/h5AvmlGc9a

This is the reality of Karan Johar. I dare you guys to boycott all his movies. pic.twitter.com/aCZCMwAO2a

And now karan johar is feeling bad for not helping Sush...Bloody hypocrites. pic.twitter.com/pC4Vug18Ic

#SushantSinghRajput
This is not a suicide but a murder brought on him by the cunning bitches who can't see an outsider, with an independent voice, to thrive.
He's been harassed for long time by Movie Mafia, Karan Johar categorically tried to insult him in the last season of KWK.

Sushant was questioned after his former manager, 28-year-old Disha Salian, ended her life by jumping from a highrise building on June 9. She had flung herself to death from the 14th floor of her Malad residence. The police is probing if the two suicides are linked. The police said family members have claimed the actor had showed no signs of depression.

The late actor was a mechanical engineer from Delhi and had also won the Physics Olympiad. Born in Patna, he completed his higher education in Delhi. His sister is based in Chandigarh.