Turns out, Ananya’s role was moulded and expanded when she came on board. 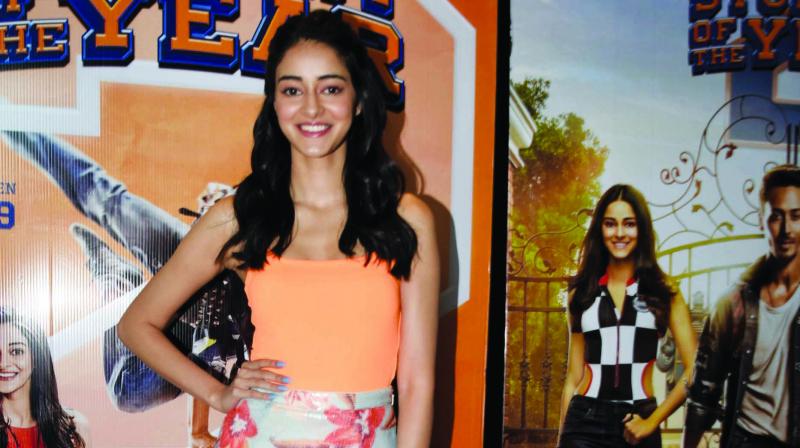 The one certainty that emerges from the mess created in Student of the Year 2 is the star potential of debutante Ananya Pandey who has definitely scored a higher popularity rating than the film’s other debut actress Tara Sutaria.

Turns out, Ananya’s role was moulded and expanded when she came on board.

Says a reliable source, “Chunky Pandey’s daughter’s role was nothing much to begin with. It was vaguely sketched confused nervous character. But when Ananya came on board, the dynamics of the role changed. Apart from re-writing the character, dance and drama was added.”

While both the leading ladies have been given a raw deal as per the ‘boys’ knife out’ combat between Tiger Shroff and Aditya Seal (a la Aamir Khan and Deepak Tijori of Jo Jeeta Wohi Sikandar), Ananya’s presence has been redeemed.

Says the source, “Chunky and his wife Bhavana personally requested Karan Johar to do justice to their daughter’s presence in his production. Hence, what was originally a sketchy role became far more persuasive.”

So where does that leave the film’s other debutante? While Tara does have a couple of promising films including one with Sidharth Malhotra, Ananya on the other hand, has chosen her sophomore movie carelessly. She will next be seen in the remake of B R Chopra’s comedy on infidelity, Pati Patni Aur Woh, where she would be a misfit.