Giving us more details about the shaadi, Ashish reveals that the couple had a mehendi ceremony at an army quarters on the first day. 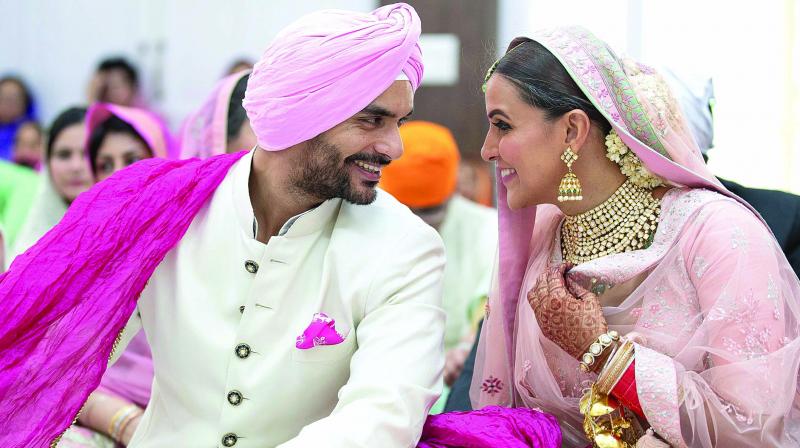 Just when the desis were soaking in all the pictures from Sonam Kapoor’s wedding, another Bollywood celebrity got hitched, albeit in an absolutely hush-hush ceremony. Actress Neha Dhupia got married to actor Angad Bedi and Bengaluru’s shutterbug Ashish Parmar was the ‘secret’ photographer behind the B-town wedding. Talking about his equation with Neha, Ashish says, “I was shooting with MTV Roadies last month and Neha was one of the gang leaders on the show. We became really good friends, spent time together and hit it off really well. I’d take a lot of pictures for the show, and for Neha, who had liked my pictures a lot.”

One fine day, when Ashish was travelling, he got a call from Neha asking him if he was free to shoot an event on May 9th and 10th. “When I asked her what it was about, she said it was going to be a fashion house shoot. Just before I got on my flight, I got a call from Neha and she said ‘You know what you’re coming for? I’m getting married!’ I almost fell off my chair —firstly, I was shocked that she was getting married and then, I was told that I’d be the only photographer for the wedding!” shares an ecstatic Ashish.

Considering Neha’s wedding was a well-kept secret, even celebrities who know the couple were in for a surprise when the duo posted photos of their big day on social media. “I had no clue who the groom was. I saw Bishan Singh Bedi (Angad’s father) and was like ‘Wow, he’s here’ and then when Angad walked in, I was shocked to find out that he was the groom. It was a very discreet, low-key family affair,” smiles Ashish, who had a ball of a time at the event. “They’re such great people — so hospitable. It was a dream come true to see media houses carrying my pictures on the front page. I was hoping I’d be able to live upto their expectations and thankfully, Neha’s extremely happy with my work. Hopefully, she’ll spread the word about me and I’ll be able to shoot more such weddings. Right now, I’m basking in the glory!” 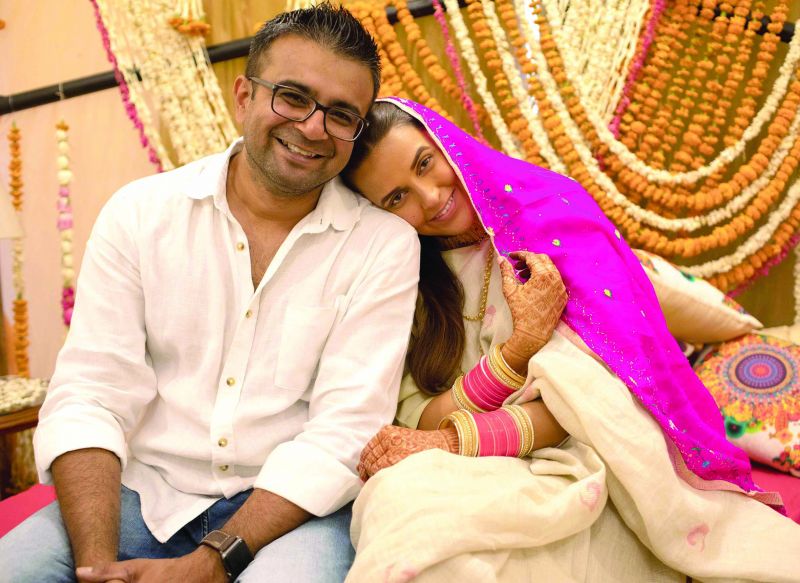 The bride with Ashish Parmar

Giving us more details about the shaadi, Ashish reveals that the couple had a mehendi ceremony at an army quarters on the first day. “Neha’s father is an army officer, so they chose that venue. The wedding was at a Gurudwara the next day, followed by lunch at a hotel. Celebrities like Gaurav Kapoor, Ajay Jadeja and Ashish Nehra were present at the wedding,” he shares.

For someone who turned photographer after quitting school when he was all of 16, Ashish is completing 25 years in the field this year. Having been RCB’s official photographer for three years previously, the snapper has also shot Formula 1 and Wimbledon. “I’m currently getting offers from different reality shows. I don’t restrict myself to one genre — I’ve done personal portfolios for celebrities, shot music festivals and of course, done wildlife photography, which is my passion. I like different genres of photography where everyday is a new challenge,” says Ashish, who plans to move to Coorg a few years down the line. “My wife is from there. I plan to have a studio there. A cabin in the woods is what I’d like!” he says.