The actor's family reacted to a video showing him consuming alcohol and speaking about wanting to commit suicide. 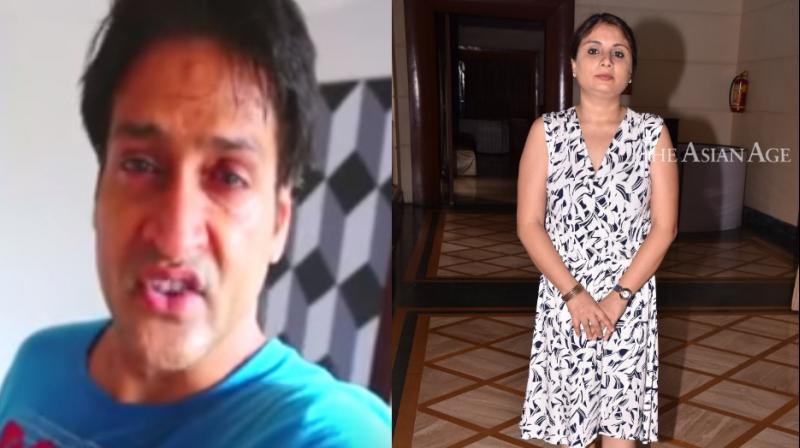 Mumbai: The family of actor Inder Kumar on Monday claimed that a video showing him consuming alcohol and speaking about wanting to commit suicide was a leaked scene from a film he was working on before his demise.

The video, which surfaced on social media on Sunday evening, shows Kumar in an inebriated state feeling sorry about the way his life and career shaped up.

Kumar had died of a heart attack on July 28 last year, a month ahead of his 45th birthday.

Addressing a press conference here on Monday, his wife, Pallavi Saraf, said, "It is not a real video. It is actually a scene from a film called 'Phatti Padi Hai Yaar' for which he had shot a year-and-half ago. It is sad that people are confusing the film scene with his real life."

She said that there were moments when Kumar felt weak, especially after he was accused of rape in 2014, but added that he never gave up.

"During that phase, he was highly disturbed. There were, of course, days where he broke down. He was concerned that his name was dragged into this but he never gave up," she said.

She said that the film's production team was not sure of how the leak happened but denied that it was a publicity stunt. The film is expected to be released later this year.

"We would never do that. His death certificate mentions heart attack so why would we try to release a video which says otherwise? This is purely by accident," Saraf said.

Kumar had worked in more than 20 films, including Salman Khan-starrer 'Wanted', 'Tumko Na Bhool Paayenge' among others.