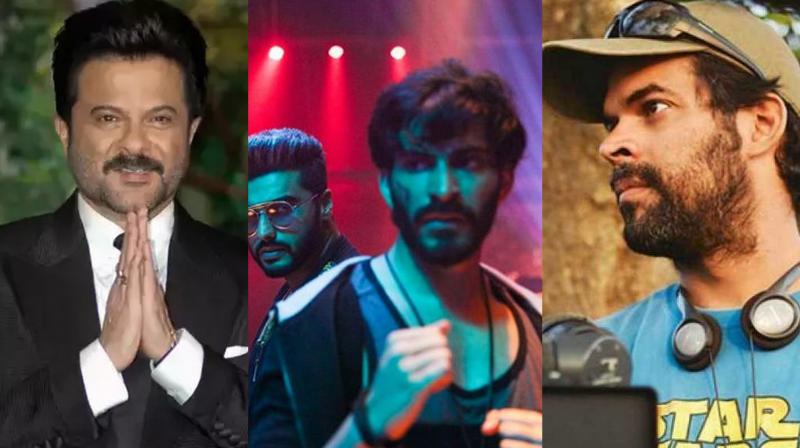 Harshvardhan Kapoor starrer 'Bhavesh Joshi' is slated to release on May 25.

Arjun features in a song titled "Chavanprash" in the Vikramaditya Motwane's directorial venture.

According to the makers, it was Harshvardhan's father actor Anil Kapoor's idea to rope in Arjun for the high-energy song, which released yesterday.

"Anil sir's suggestion to use Arjun in the video is brilliant. Harshvardhan and Arjun have given it their all and have done a crackling job.

"The song has been superbly directed by Vaibhavi Merchant, who stepped in at the last minute after Farah Khan broke her leg," Motwane said in a statement.

The film traces the journey of a group of friends who set out on the path of righteousness. Over a series of thrilling incidents, their life takes a curve, leading a common man to become a superhero in the form of Bhavesh Joshi.

Produced by Eros International, Reliance Entertainment, Vikas Bahl, Madhu Mantena and Anurag Kashyap, the movie is slated to release on May 25.