Simran appears to be extremely simple, goofy and innocent, with her expressions doing all the talking. 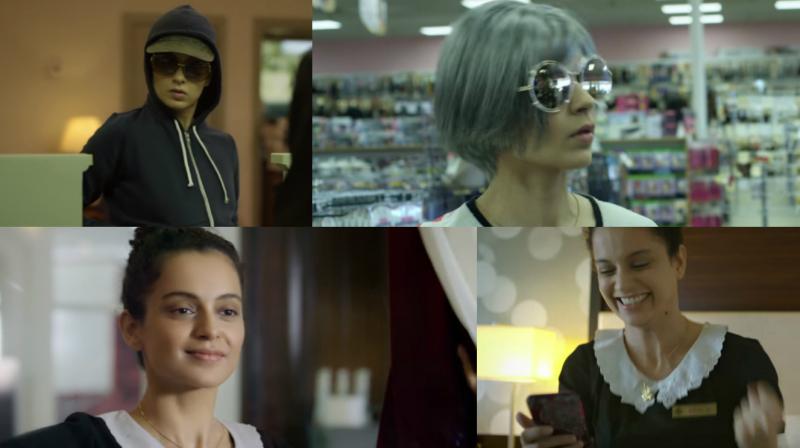 Screengrabs from the teaser.

Mumbai: After delivering the flop 'Katti Batti' in 2015, it was only her controversy with Hrithik Roshan that kept Kangana Ranaut in the headlines last year and the actress didn't have any release.

The actress is making up for that with two releases this year, ‘Rangoon’, which released in February and now ‘Simran’.

After the motion poster of ‘Simran’ was unveiled on Sunday, the teaser is also out now.

The first thought that might come to your mind after watching it might be of her character of Rani in ‘Queen’. Simran, just like Rani, appears to be extremely simple, goofy and innocent, with her expressions doing all the talking as she gets excited about trying different wigs in a store, laughs uncontrollably, enjoys the softness of the bed like a kid and gives several other interesting expressions throughout.

You also might be reminded of her ‘Tanu Weds Manu’ character when you see her dancing energetically in a saree.

Kangana had stated that the film was earlier a thriller, which she later transformed into a comedy and hence will also be credited as a writer.

Looking at this teaser, it seems the writer in her has definitely done a commendable job.

‘Simran’, directed by Hansal Mehta,  hits the theatres on September 15.