‘Want to cater to a bigger audience’: Sidharth Malhotra

The Kapoor and Sons actor remains grateful for his success, adding that his family is not used to his new life 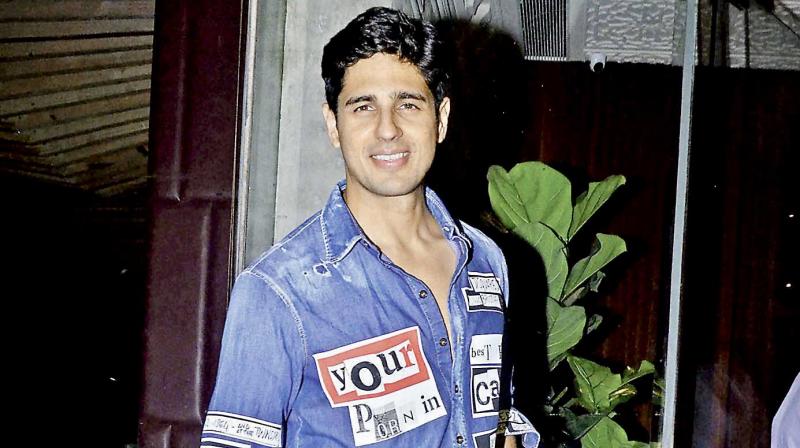 Sidharth Malhotra may be a Delhi boy, but he now considers Mumbai his home city. In fact, the actor notes that he has lived in the maximum city long enough that he does not miss Delhi anymore.

“Mumbai has become home for me now; I don’t miss Delhi anymore.  However, my friends do visit me here in Mumbai too and I have a handful of friends from the film industry as well. Though it’s my karmabhoomi (place of work), it now is home to me as well.”

Talking about how his profession has changed his everyday life, Sidharth notes that he can’t do basic tasks without being recognised. “I remember even before I debuted with 'Student Of The Year' (2012), I would simply stroll down the streets and buy stuff without anyone noticing me. But after the release of my first film, everyone started recognising me. I remember once after the release of my debut film I had gone down to buy a mattress. The shopkeeper recognised me and after packing the mattress requested to allow him to drop the mattress to my car.”

“Things that I grew up on, I miss doing them often. I can’t take out my dog for a walk nor can I take a stroll on the street. Undeniably, my focus is on work. I want to cater to a bigger audience and have a film that is commercially viable. Professionally, I am grateful that I have got so much as not everybody gets this life,” he shares.

The 'Kapoor and Sons' actor remains grateful for his success, adding that his family is not used to his new life.

“My family members and mum have also realised that being in the field of glitz and glamour, I can’t go buying vegetables for them.” he concludes with a laugh.

Tags: sidharth malhotra, kapoor and sons, student of the year