Upon her return from the US after the treatment, the actress realised that the wisest step towards spreading awareness will be by talking about it. 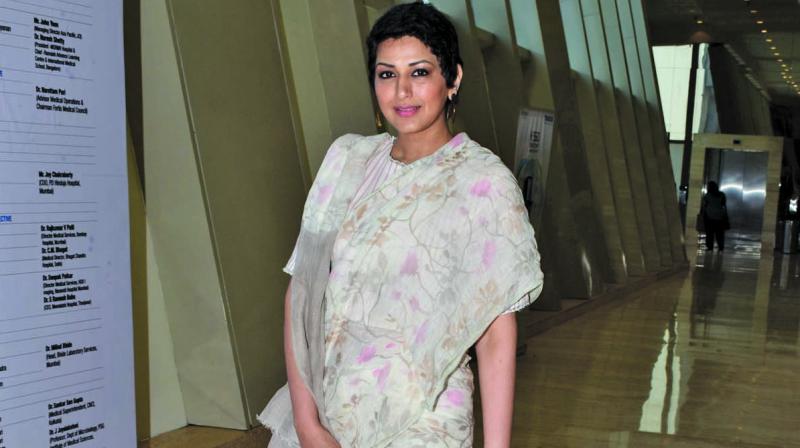 Be it Sarfarosh or Once Upon A Time in Mumbai Dobaara, Sonali Bendre has always bowled over the audience with her performances. And just last year she took the same audience and fans by surprise when she shared with the world her high-grade cancer diagnosis.

Since then, the actress has been vocal about the disease, wanting people to become aware of their bodies and health. Speaking at CAHOCON 2019 organised by Consortium of Accredited Healthcare Organisation, the actress unabatingly shared her survival story and spoke on how early detection and awareness are important.

Calling it a different phase of her life, Sonali recalls, “My husband and I say, BC and AC— Before and after cancer; it is like a different lifetime. I did not look at what was happening to me, I did not ask too many questions as much as I should have.”

Further describing that period, she said, “I kept telling myself that I am putting in 18 hours a day, so obviously I am fine. Now that I look back, I ask myself how did I do that? Then the question was why did I put up with this pain? What was I waiting for? For me to collapse to understand what my body was trying to tell me? So, it comes down to the fact that my body was giving me signals, but I was not looking at it as I should have.”

“When I started listening to the signals, I went in for a TCRE procedure. Then suddenly we discovered that there was something in there that was causing this whole thing all this while. Later we discovered it was not just there, it was spreading all over and that too very fast, it was the fourth stage. So I don’t know how I pulled it off till then. But that was a shocker,” adds Bendre.

The actress attributes this suffering to the fact that a woman is taught since the beginning how tolerance is good for her. “Probably as women, without knowing what’s going on with us, we are taught ‘sehen-shakti acchhi baat hoti hai’ (tolerance is good). We are told that we have to be tough and endure pain; we are told since we have to bear a child, so we have to bear the pain. So we kind of internalise that and tell ourselves that we can bear the pain and go on,” she stated.

Having fought the battle against cancer, the reality TV judge emphasises on the importance of early detection and awareness when it comes to dealing with this deadly disease.

“It is not a disease that can be diagnosed easily, so what I understand is that eventually early detection is the most important thing when this disease is concerned. I feel the disease is less scary than the treatment. Had I detected it early, there were more chances it would have cost me less, I would have to go through less painful treatments and could have tapped onto treatment options too. When it happened to me, I realised how many people in my family had it and had not spoken about it,” she shared.

Upon her return from the US after the treatment, the actress realised that the wisest step towards spreading awareness will be by talking about it.

“When I came back (to Mumbai), I realised that we need to make it an open thing. It is not something that needed hiding and keeping it only limited to the family. Hiding these things takes a toll on your mental health, and it is hard to recover from that. It becomes a vicious circle. So, if my voice can be heard and if my talking about it makes people share their stories, then I am happy to do that,” Sonali concluded.