'83: Reel Balwinder Singh Sandhu, Ammy Virk getting trained by the real one!

Directed by Kabir Khan, the sports film will bring to light one of the most important event in Indian cricket history. 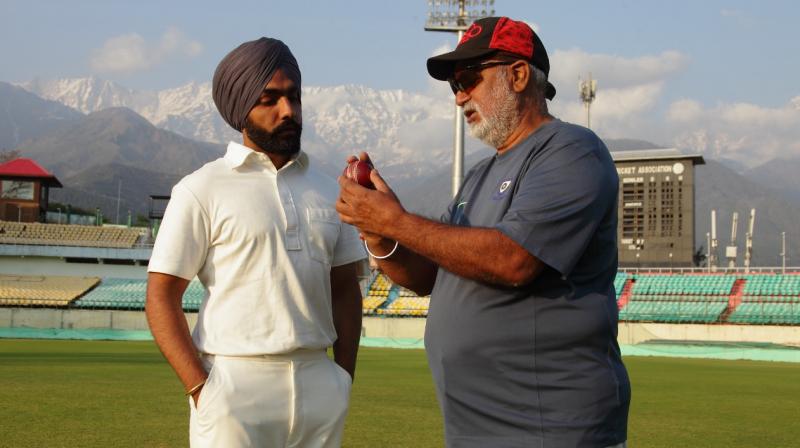 Ranveer Singh and team is preparing for their upcoming film 83 in Dharamshala. Ranveer Singh and the whole squad is getting trained under legends themselves as Balwinder Singh Sandhu and Mohinder Amarnath share their guidance to the team.

A few days ago, Ranveer Singh shared a picture with Kapil Dev, the legend himself is training Ranveer and now the reel Balwinder Singh Sandhu (Ammy Virk) is being trained by the real one.

Directed by Kabir Khan, the sports film will bring to light one of the most important event in Indian cricket history. The film will be shot at real locations and will be going on floors early next year.