Entertainment   Bollywood  15 Apr 2017  I have discussed Mahabharata with Aamir and he is interested: Rajamouli
Entertainment, Bollywood

I have discussed Mahabharata with Aamir and he is interested: Rajamouli

The Director is keen on making Mahabharata with superstars Rajinikanth, Mohanlal and Aamir Khan. 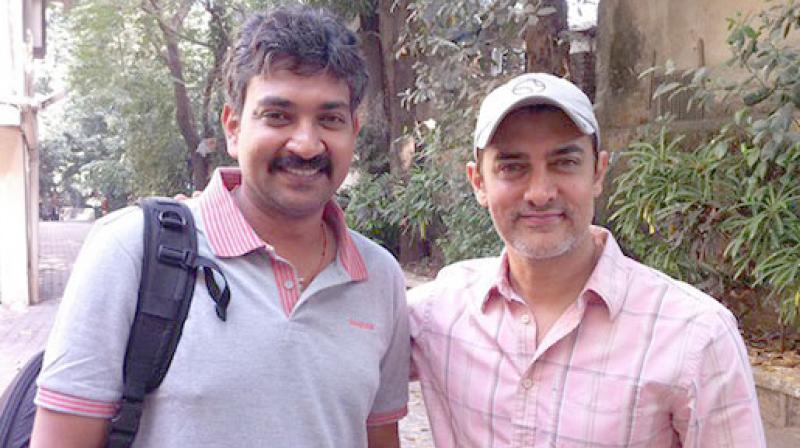 Mumbai: The director of ‘Baahubali: The Beginning’ and its to-release sequel ‘Baahubali: The Conclusion’, SS Rajamouli, is keen on making a movie on Sanskrit epic Mahabharata and, in an exclusive with Bollywood Life, he has admitted to discussing the possibility of a cinematic collaboration with superstar Aamir Khan.

According to the website, Rajamouli was ready to start with the shooting of the film by the end of 2018 with Amitabh Bachchan, Mohanlal and Aamir Khan in lead roles. It is also rumoured that the film would be made that Rajamouli on a mega budget of 400 Cr in three different languages- Hindi, Tamil and Telegu.

The ace director told Bollywood Life that the plan is very much on and that he has already spoken to Aamir about the movie. “I want to do Mahabharata and I have said that many times but definitely not immediately after Baahubali. Mahabharat is such an epic that I need to up my craftsmanship to handle such a subject. Yeah I met Aamir ji once quite sometime back, we spoke about Mahabharata. I know that he’s very much interested in doing the film. But as I said, at present I am not thinking anything beyond Baahubali. Mahabharata is definitely not after this.”

As far as his upcoming movie ‘Baahubali: The Conclusion’ is concerned, it is releasing on a record 6500 screens across India on April 28. The first instalment of the franchise had earned accolades for its gripping content and was a commercial success as well.