Entertainment   Bollywood  15 Apr 2017  Everyone is nice to me except RGV sir, says Tiger Shroff
Entertainment, Bollywood

Everyone is nice to me except RGV sir, says Tiger Shroff

In a quick chat, the actor talks about the recent controversy and more. 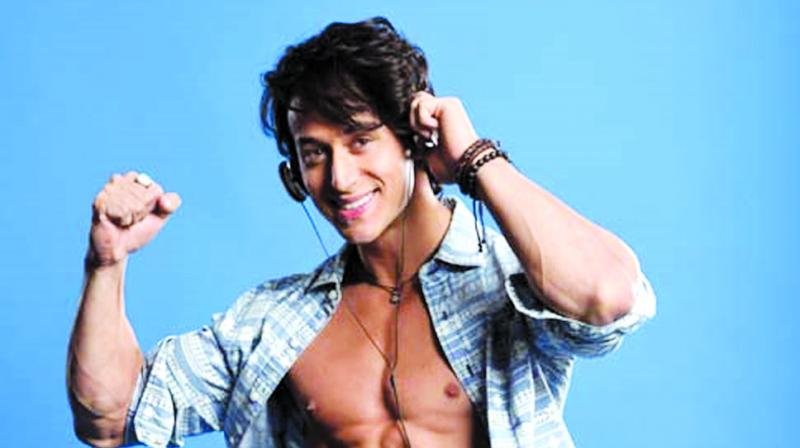 Tiger Shroff has a familiar company on the sets of Sabbir Khan’s Munna Micheal. His little sister Krishna, who is an assistant director for the film is his biggest critic on the sets, Tiger reveals, “It is fun working on this film. After Sabbir, Krishna is the next person who I ask how was the shot. She always gives an honest opinion and is also pretty blunt.”

The actor was recently embroiled in a controversy after director Ram Gopal Varma took a dig at him and called him a transgender. Tiger agrees that criticism does hit him badly at times. “I get really upset when I’m aware that my parents know about it. If it is only about me, I don’t mind. I prefer to ignore and continue working. The fact that my parents read news and get upset is something that I do not like. In fact, my mum takes it to her heart and becomes very defensive,” he adds.

In an industry where people turn friends to foes every Friday, who are his real friends in Bollywood, we ask, “I do have friends but I don’t hang out with them as I’m not very social. Everyone is nice to me except RGV sir,” he quips.

Humble as ever, the actor asserts that unfair comparison with Vidyut Jammwal was unnecessary, “I think it is not the right comparison at all. Vidyut is a very senior artist and I mean no disrespect to him. Whatever he does is not easy and I don’t want to get into a fight with anybody.”

The actor, who is now the face for Sony’s kids’ entertainment channel Sony Yay! feels that there is a child in each one of us, “The child in me is still alive. I still have that wish to become a superhero, become Spiderman. This is also one of the reasons I feel that children enjoy watching me on-screen so much.”

Tiger, who is often touted as the action hero of Bollywood, says that he has no plans of experimenting with any other genres including comedy as of now. “At the moment, I don’t want to experiment with comedy as I feel it’s going to be difficult for me. We have some great actors in the industry with excellent comic timings; Varun Dhawan and Govinda are fantastic.  I’m comfortable in my space as there are not too many action heroes. I don’t think there is any young hero in the action space,” says the 27-year-old.