The actor said this during a press meet especially organised to celebrate his birthday with the media. 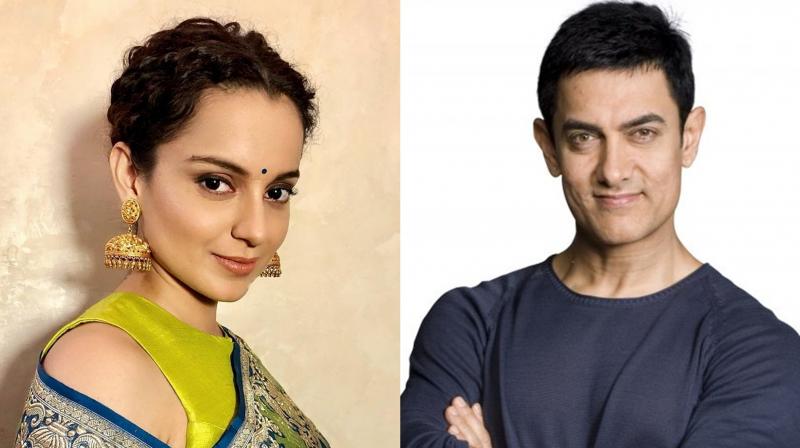 New Delhi: Aamir Khan, during an interactive session with media on Thursday, reacted on Kangana Ranaut's accusation that Aamir did not support her recent release ‘Manikarnika: The Queen of Jhansi.’"

Soon after her first movie as a filmmaker hit the theatres across the country, Ranaut launched open attacks on B-town celebrities for not getting what she described as support for her films and allegedly ganging up against her. Apart from directly attacking actors like Alia Bhatt and Ranbir Kapoor, the actor also reportedly expressed her displeasure over Aamir not attending the trials of her films.

When asked to comment, the ‘Thugs of Hindostan’ actor in his signature calm demeanour said, “Oh she was upset with me? Why? She didn’t say anything to me. I will ask her when I meet her”

Aamir Khan said this during a press meet especially organised to celebrate his birthday with the media. It has become a ritual for the actor to start his birthday, every year, by cutting a cake with wife Kiran Rao and media at his residence in Mumbai's Bandra.