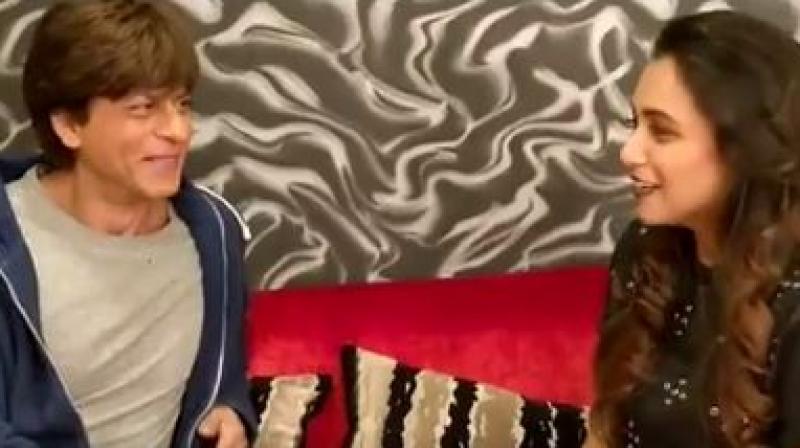 Shah Rukh Khan and Rani Mukerji in a chat during 'Hichki' promotions.

Mumbai: Rani Mukerji is back in the industry after long, with her upcoming movie ‘Hichki’ which is slated to release on 23rd March.

The actress is on a promotional spree, and she recently caught up with her ‘Kuch Kuch Hota Hai’ co-star Shah Rukh Khan, who in turn revealed his Hichki moment.

“My greatest ‘Hichki’ moment is the death of my parents. I was 15 when my father passed away and 24 when my mother passed away. We were not financially well off, and I was studying for my Masters degree then. It was very sad for us. The empty house without my parents used to come to bite us (my sister and me). The loneliness, pain and sadness of the loss of both my parents, could have been overwhelming enough to take over my life wholly. I decided to overcome this ‘Hichki’ moment by letting acting fill up my entire life,” SRK told Rani.