That the film’s violent trailer has been granted a U/A certificate is very encouraging, according to the director. 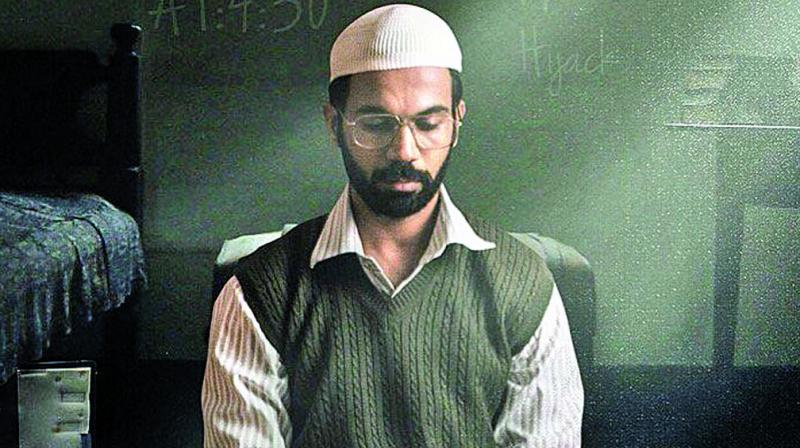 Hansal Mehta’s Omerta could be perceived as a too-hot-to-handle biopic on the terror activities of Ahmed Omar Saeed Sheikh.

Hansal Mehta’s new film Omerta is not for the weak-willed. Violent, brutal and savage in its depiction of terrorism, it is an unapologetically violent portrayal of a rudderless immoral world.

That the film’s violent trailer has been granted a U/A certificate is very encouraging, according to the director. “It means that the Central Board of Film Certification (CBFC) is finally looking at films within their given context and not judging them in isolation. If I make a film about a violent situation, there is bound to be violence at the heart of the film,” he says.

At a time when terror outfits are being clamped down, Hansal Mehta’s Omerta could be perceived as a too-hot-to-handle biopic on the terror activities of Ahmed Omar Saeed Sheikh.

Hansal is hoping to see the film make it into theatres without any cuts. “We’ve had screenings of the film the world over. “We showed it at the Toronto Film Festival to packed houses. We did a screening at MAMI and at the Florence Film Festival, where the audience was almost fully Italian. They understood the context of the point I was making about state-sanctioned terrorism. I hope our certification board will get the point too. If they don’t I am ready for battle. I won’t take any cuts.”

Rajkummar Rao, who plays the lead in Omerta, felt his boundaries as an actor being pushed by the demands of the character. “Omerta is a very powerful film, I feel. As an actor, it took a toll on my mental health. It wasn’t an easy character to portray, but Hansal sir pushed me to my limits. We made this film with a lot of honesty and passion.”

This is the first time Rajkummar plays an unapologetically negative character. “It’s an antagonist story, so that way it was a first for us. It feels great when audiences like our effort and can see the honesty in our film.”