After loyal cop in Simmba, Ashutosh Rana to play badass inspector in Sonchiriya

Sonchiriya is set to release in March, cast and crew is on a promotional spree & seen promoting the film on social media. 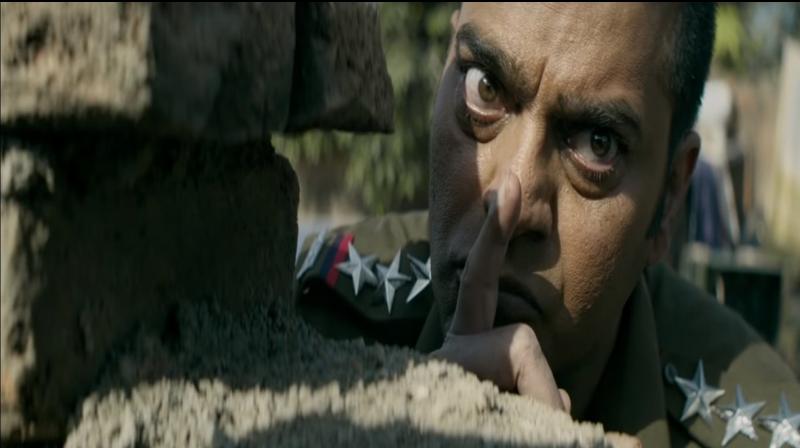 Ashutosh Rana in the still from Sonchiriya.

Mumbai: Ashutosh Rana, is back, not as the classic, 'bad guy' but as an inspector out to hunt the dacoits.

Ashutosh, who is known as one of the intellectual actors of Hindi film industry, will be now playing a cop again after Simmba.

Ever since Sonchiriya's trailer released, there has been curiosity about his role, with fans wondering if Rana is back to doing what he does best.

Recently the makers of Sonchiriya organised the special event wherein they have gone ahead to launch the extension of the trailer titled as 'The Rebels of Sonchiriya'.

Sonchiriya is all set to release in next month, cast and crew is on a promotional spree and seen promoting the film on social media as well.

The story of Sonchiriya is set in the 1970s showcasing a small town ruled and dominated by dacoits. Multiple gangs fight over the struggle to attain power. The cast dons fierce avatars in sync with the theme of the film.

Sonchiriya promises to be a power packed action film giving a glimpse of the glorious years if dacoits in central India. Shot in the valleys of Madhya Pradesh, Sonchiriya presents an ensemble cast with an intriguing storyline.

Directed by Abhishek Chaubey who has earlier presented 'Udta Punjab' and 'Ishiqiya', 'Sonchiriya' presents a rooted tale set in Chambal. Produced by Ronnie Screwvala's RSVP, The movie is slated to release on 1st March 2019.