Sidharth Malhotra back with Ekta Kapoor for a romantic film?

News reports on Wednesday suggested that Sidharth will star in the Hindi remake of hit Kannada film ‘Kirik Party’. 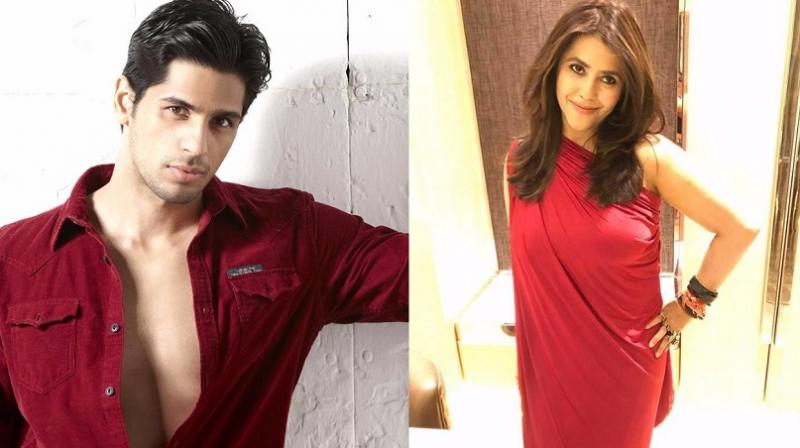 Mumbai: News reports on Wednesday suggested that Sidharth Malhotra will star in the Hindi remake of hit Kannada film ‘Kirik Party’. Now DNA reports that the actor has been roped in for Ekta Kapoor’s next, which happens to be a romantic film.

Reveals a source from the team to the daily, “Sidharth and Ekta are reuniting for a romantic film after four years. They had delivered a hit ‘Ek Villain’ in 2014 and now, the two are in talks for another film in the same space.”

Another source close to the actor says, “Sidharth and Ekta have met a couple of times to discuss the movie, which is still in the scripting stage. But the idea has been bounced to Sidharth and he has liked it.”

Sidharth and Ekta Kapoor had earlier collaborated for ‘Ek Villain’, which was a blockbuster 4 years back. Currently, Sidharth Malhotra is awaiting the release of his film 'Aiyaary'.