The company claims that the trailer made an objectionable, derogatory remark about their product. 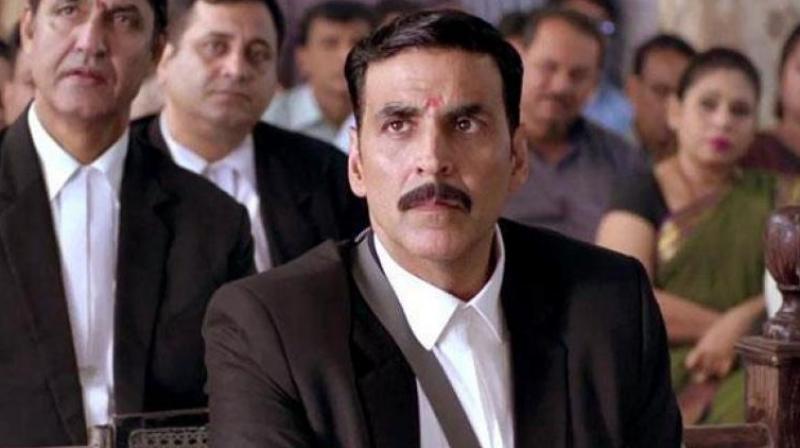 Mumbai: The makers of Akshay Kumar's 'Jolly LLB 2' are laughing all their way to the bank with the brilliant collections of the film in the first few days, but it seems they have a problem at hand.

In the legal notice, Bata has claimed that the trailer has made an objectionable, derogatory remark about the brand which, according to them, deserves a personal as well as apology on public platforms like mainstream media.

An angry Akshay retaliated with a thundering slap.

In the petition, the footwear baron said, “The dialogue is intended to convey that the brand BATA is adorned only by lower strata of society and one should feel humiliated if one wears BATA footwear, in fact the expression and reaction to such a dialogue by Akshay Kumar in the trailer shows that even the person to whom such a statement is hurled took the same extremely negatively and slapped Annu Kapoor in Open Court as if he has been severely abused in the dialogue or he has been hurled with deliberate effort to tarnish the brand image of Bata, “perhaps at the instance of some competitors of [Bata] whose products are promoted by Mr Akshay Kumar as a brand ambassador.”

The petition also highlighted the fact that Bata is a well-established 86 year-old brand with a huge clientele and boosts of being the parent company to over 1000 retail stores across India.

Contrary to the trailers allegedly defamatory remarks about the chain, BATA enjoys “…impeccable reputation amongst all classes of the Indian public which include a common middle class men, those from the higher strata and even the elitist of the elite lot of the Indian society.”