A new Instagram photo of Suhana Khan cooking noodles is doing rounds on the Internet. 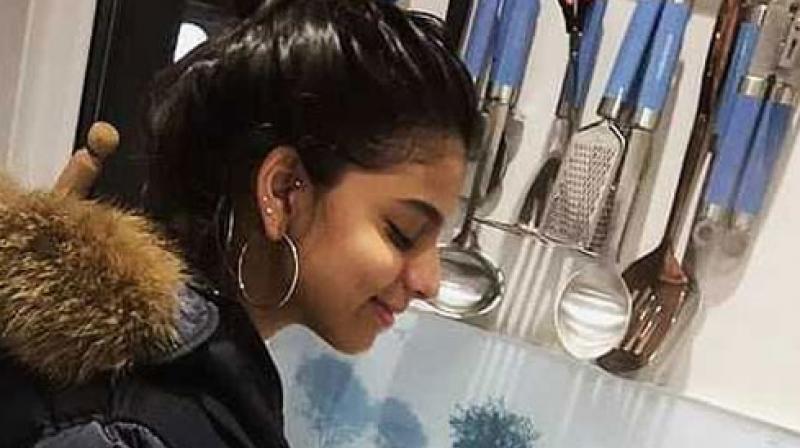 Mumbai: Shah Rukh Khan’s darling daughter is followed by paparazzi every time her picture is posted or if there's something written about her. We came across a latest picture of Suhana on Instagram in which she is seen smiling while trying her hand at cooking.

In this sweet picture, Suhana is seen clad in a black jacket standing in a kitchen and preparing noodles with a fork in hand.

Like her brother Aryan, Suhana also wants to make a career in films once she completes her studies, as revealed by Shah Rukh Khan. SRK told in the interview with a leading magazine that he's okay with Suhana becoming an actor "if she has the passion and guts to work five times harder than me and get paid 10 times less than I do."

Shah Rukh added that Suhana is more theatre-oriented and has been doing plays in college. "I want her to experience what my female co-stars have gone through. My daughter will be an actor like them and I want to feel the pain," Shah Rukh said.